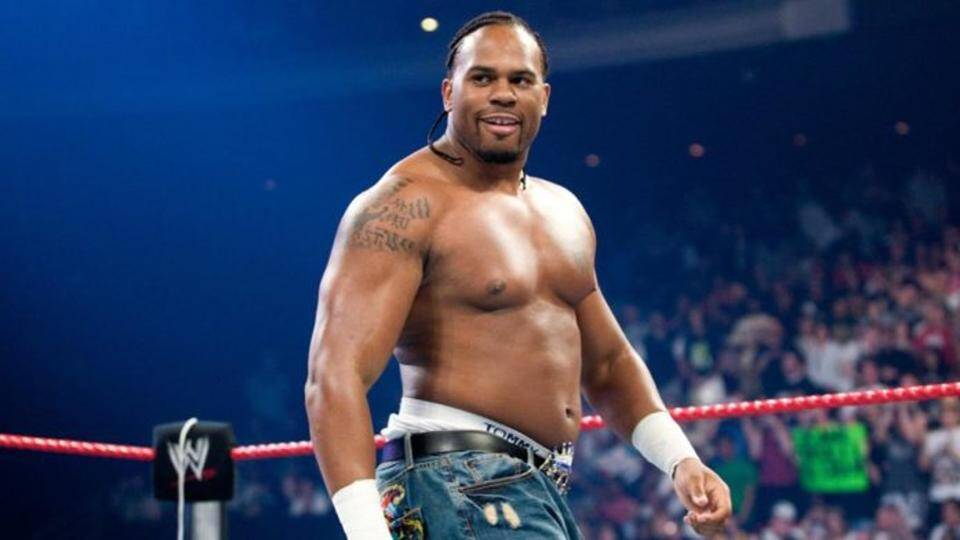 A sad and heroic tale has come to its expected – but no less tragic – end. Authorities in Venice Beach, California, have recovered the body of Shad Gaspard.

The actor and former WWE Superstar had been missing since Sunday, May 17. On that day, Gaspard had taken his family to the recently reopened beach for a day of fun in the sun. However, things soon turned dire as he and his ten year old son, Aryeh, were pulled into a rip current.

A lifeguard noticed their struggle and immediately went into action. He says they were about 50-75 yards from the shore. Gaspard was desperately trying to keep Aryeh’s head above water. As the lifeguard got closer, father and son began to drift apart. Seeing help approaching, Gaspard screamed, “Just secure my son. Rescue my son.”

Tragically, those turned out to be his last words. By the time the lifeguard had secured the young boy, he turned back to see Gaspard hit by a wave and pulled under. Lifeguards, search and rescue crews, and the U.S. Coast Guard searched tirelessly for Shad over the next few days. As more time ticked by, the missing person search turned into a recovery mission for the presumed-dead father.

Aryeh, myself and the Gaspard and Chittick families would like to take this time to thank everyone for their prayers and support, as we mourn the terrible loss of our beloved Shad. . . Shad was our whole world and we were his. There are not enough words to describe what he means to all of us. He was our heart, our soul, our protector, our warrior. He was a bright force of nature, who brught joy to many through his joyous and gracious nature. . . The outpouring of love from Shad’s friends, colleagues and fans has meant more to us than you can even imagine. . . We’d like to once again thank the lifeguards, coast guard, divers, fire and police departments for their efforts. . . Shad was and will always be our real life super hero. . . I love you more, my love ❤️ . . -Proudly, . Siliana Gaspard

This one hurts. Great guy. My deepest condolences and love to Shad Gaspard’s wife, son and family. Shad drowned in the ocean, but not before instructing lifeguards to save his 10yr old son first. That’s the love of a father. This is a tough one to process. Love and light to Shad’s family. And your warrior spirit lives on through your son.

WWE is saddened to learn that former WWE Superstar Shad Gaspard has passed away at the age of 39. https://t.co/ngyuRpkjps

I join fans around the world as we remember Shad Gaspard as a beloved performer and a caring father. In absolutely tragic circumstances, please keep his loved ones in your thoughts. https://t.co/JibfmJJMcC

Presumption became fact on Wednesday, when a resident out for a walk contacted police, saying that they had found a body on the beach. The body was identified later that day. Shad Gaspard was just 39 years old.

In a statement, his wife, Siliana, sent her thanks to the rescuers. “We would like to express our gratitude to the first responders who rescued Aryeh and to the lifeguards, Coast Guard, divers, fire and police departments for their continued efforts to help find our beloved Shad.”

Giving his life to save his son is the definition of parental love, but it wasn’t his first heroic act. On December 11, 2016, Gaspard disarmed, subdued, and restrained an armed robber in a Florida store, keeping the man from harming anyone until police arrived. They credited him with likely saving several lives that day.

During his WWE career, Gaspard was half of the popular tag team Cryme Tyme, along with his partner JTG. The hilariously entertaining duo filmed many skits backstage that were reminiscent of In Living Color‘s series of “Homeboy Shopping Network” vignettes. They were also solid athletes of intimidating size and strength, and were very over with WWE fans.

After retiring from wrestling, Gaspard went on to acting. He has 44 credits as an actor on IMDB, on both film and television. Among them are Birds of Prey, Black Panther, Get Hard, Think Like A Man Too, From Dusk Til Dawn, Key & Peele, The Game, and the Sharknado series.

He is survived by his wife Siliana and their son Aryeh. We at ScreenGeek would like to express our deepest condolences to them for their heartbreaking loss.

Continue Reading
You may also like...
Related Topics:Shad Gaspard, WWE

‘Spider-Man: Far From Home’ Theory Explains How Mysterio Is Still Alive
Secret Marvel Movie In The Works At Sony – And We Think We Know What It Is
Advertisement
To Top