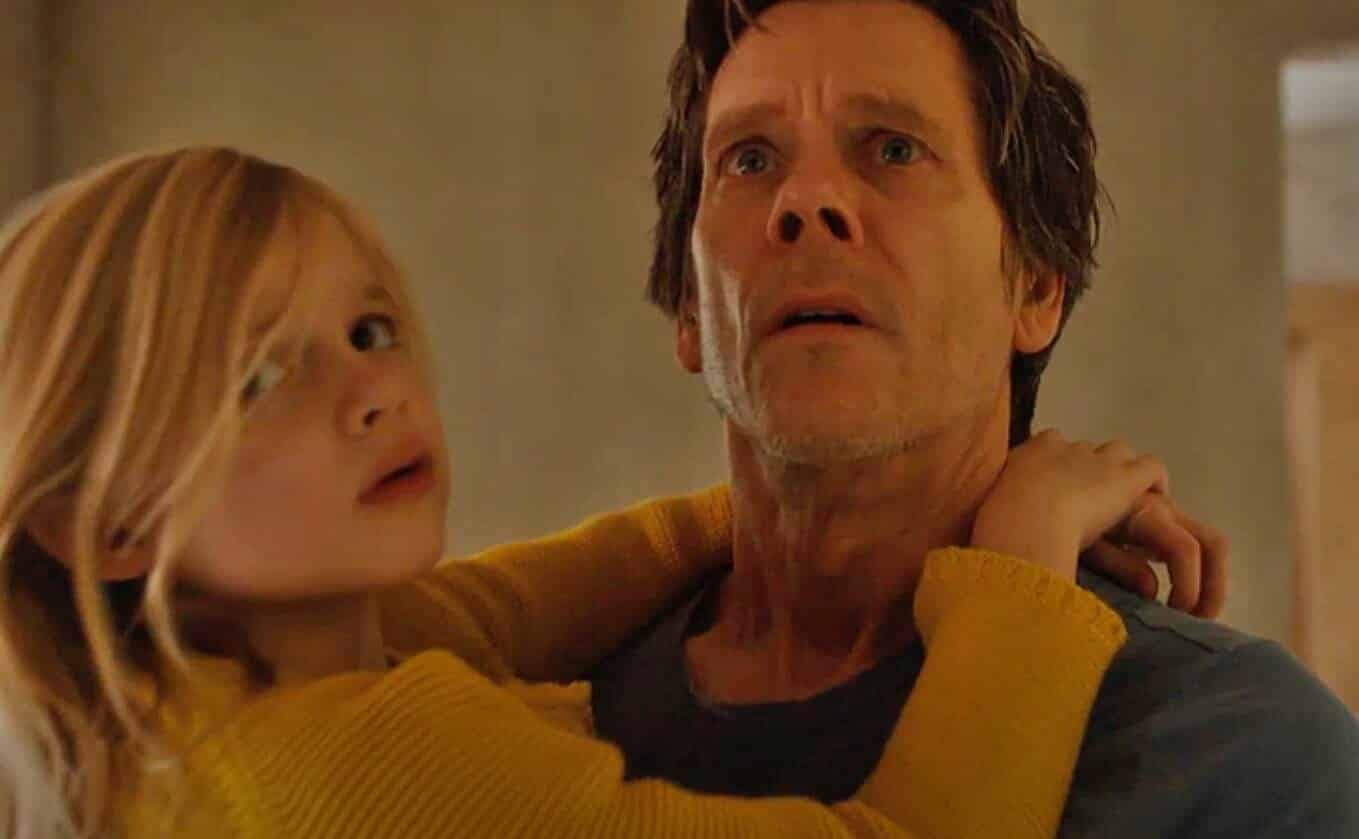 Stir of Echoes was of the more interesting horror genre films that actor Kevin Bacon was involved with, and now he’s reuniting with Stir of Echoes director David Koepp for another new horror film. This time they’ll be working with Blumhouse as well, for a movie that’s titled You Should Have Left. And good news – the trailer was released today as well!

As you can see in the footage for You Should Have Left down below, it looks like a really interesting mind-warp of a trip. In fact, a film featuring the work of both Kevin Bacon and David Koepp following their excellent work on Stir of Echoes is especially exciting and perhaps just what horror fans needed.

As for the film’s plot synopsis…

“In this terrifying, mind-twisting tale, a father fights desperately to save his family from a beautiful home that refuses to let them leave.

“Theo Conroy (Bacon) is a successful middle-aged man whose marriage to his much younger actress wife, Susanna (Seyfried) is shredding at the seams, frayed by her secretiveness, his jealousy, and the shadow of his past. In an effort to repair their relationship, Theo and Susanna book a vacation at a stunning, remote modern home in the Welsh countryside for themselves and their six-year-old daughter, Ella (Avery Essex). What at first seems like a perfect retreat distorts into a perfect nightmare when Theo’s grasp on reality begins to unravel and he suspects that a sinister force within the house knows more than he or Susanna have revealed, even to each other.”

You Should Have Left is scheduled for a release date later this month, on June 19, when it will be released on VOD.

The film is based on a novel with the same title by author Daniel Kehlmann. Kevin Bacon stars in the film alongside actress Amanda Seyfried. Meanwhile David Koepp also wrote the script along with directing the film.

Continue Reading
You may also like...
Related Topics:Blumhouse, Horror, Kevin Bacon, You Should Have Left