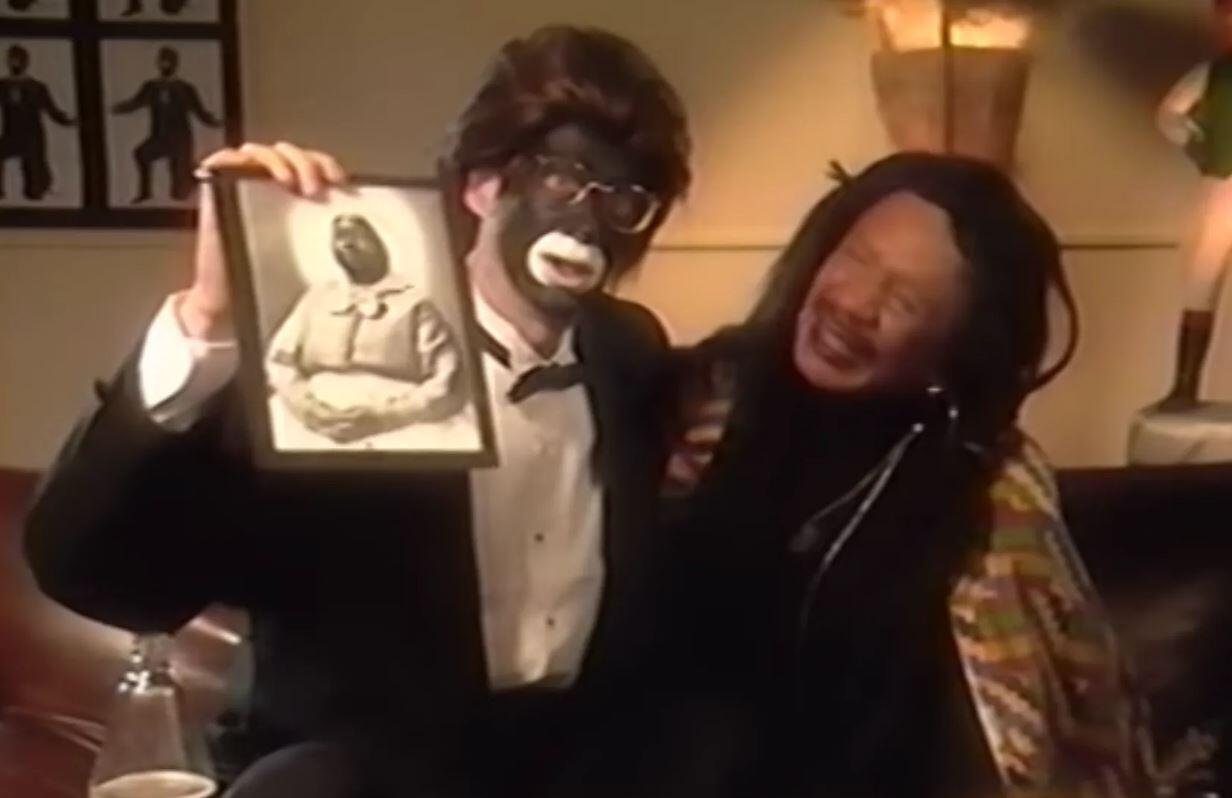 Howard Stern has played an essential role in revolutionizing talk radio, with his successful, long-running program opening up the doors for many of today’s most popular podcasts. Known for his candid delivery and engaging interview style, Stern has become a common fixture in the industry while still remaining relevant today. However, similar to Jimmy Fallon and Mark Wahlberg, the disc jockey is now under fire for past racially-charged behavior, with many re-examining one of his old skits in a new light.

Remember that time Howard Stern wore blackface and said the N-word a dozen times?
I do pic.twitter.com/s28vrv4qQ7

This is what he was doing a parody of. Ted Danson with Whoopi. pic.twitter.com/XZYShJl3RM

“gave me these oversized lips”https://t.co/LsQnxvKpQs

It’s interesting, because Howard Stern recently said this on The View:

Democratic patron saint @HowardStern right here using the n-word repeatedly and lying about it. This is one of countless examples.

Gee, it’s almost as if you can get away with being the worst kind of racist imaginable if you have enough money and liberal woke mob cred, isn’t it? pic.twitter.com/WalnXdhvRs

Some other stuff has resurfaced as well:

In a story covered by Page Six, an old Howard Stern skit has resurfaced with the disc jokey playing Ted Danson in a View interview with Whoppi Goldberg (Danson’s girlfriend at the time). In this skit, Stern utters racially-charged language, including the use of the n-word. Here’s Page Six’s description of the scene:

In the video he plays Danson, and addresses his long-time black sidekick Robin Quivers, making corny and highly racist jokes, such as, “What do you call a black rocket scientist?,” the punchline to which is the N-word.

Since the discovery of the skit, Stern has been under fire from media pundits. Steve Grillo, a longtime employee for Stern, has spoken out in defense of the disc jokey, saying Stern was simply trying to push the FCC limits, using language that he has not used onset or off-air. Some have also suggested that Stern be “cancelled”.

While some have become vocal critics of cancel culture, I think it’s fair to bring up and discuss media artifacts like this that are equally dated and tasteless. Stern may not have had vicious intentions with the skit, but it’s clear that content like this is not acceptable in our present society. I am sure that Stern will learn and recover from the incident.