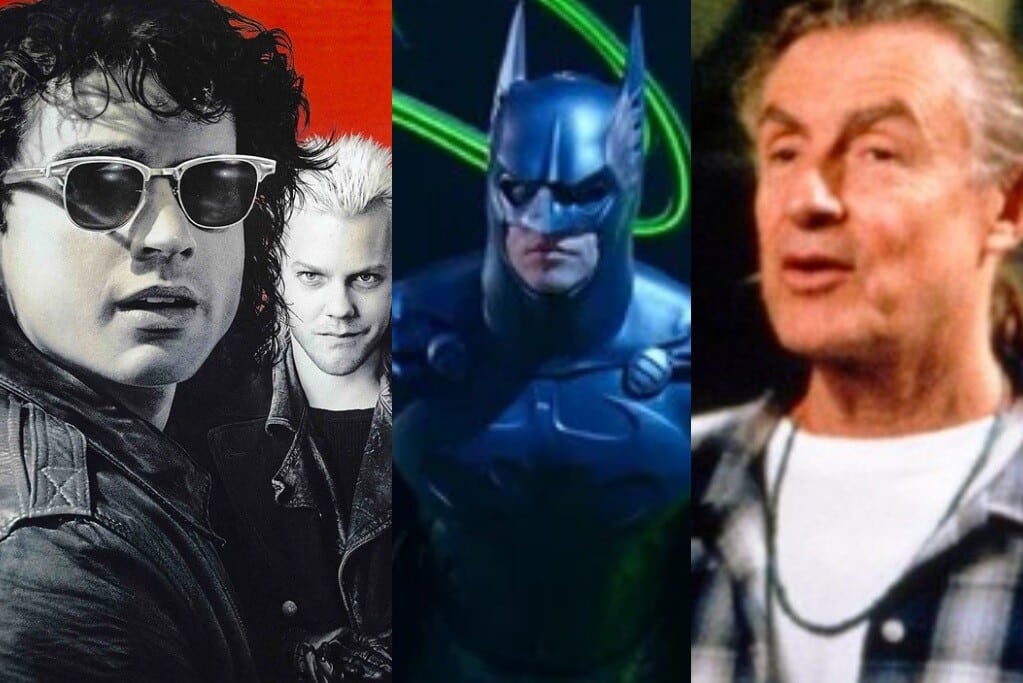 After a year long battle with cancer, fashion designer turn acclaimed director, Joel Schumacher, has passed away at the age of 80. Known for his stylish take on films, Schumacher brought his eye for fashion to the silver screen, creating visual masterpieces along the way. With a plethora of movies in his catalog, Schumacher is known to most of the comic book world for his two Caped Crusader films, Batman Forever and Batman & Robin, to which he infused a black light neon glow… and bat nipples…

While his two Batman films pulled so rapidly far from the characters that they felt like insults, Schumacher has made plenty of other well known and well-liked films. To horror fans, Joel Schumacher was a god. Having directed the cult classic film, The Lost Boys, as well as Flatliners, he definitely hit the mark. However, Joel’s career is as eccentric as the man himself, with such classics as St. Elmo’s Fire, Falling Down, The Client, and A Time to Kill. Schumacher never limited himself to one genre, taking on the psychological thriller, The Number 23, the tense single location action of Phone Booth, and odd couple pairing in Flawless. He also directed the 2004 film adaptation of the classic musical, The Phantom of the Opera, which garnered three Oscar nominations. Along with his many directing credits, Joel also dabbled in screenwriting, writing Car Wash and The Wiz in the 70’s.

Schumacher was not only a film maker, but an advocate for gay rights. As an openly gay man, even during a time when it was dangerous to do so, Schumacher never shied away from who he was, or the community he represented. His film, Flawless, even explored homophobia and finding the person behind the labels. Born in New York, Schumacher died in NYC Monday morning.

What Schumacher film is your favorite? Let us know in the comments below!