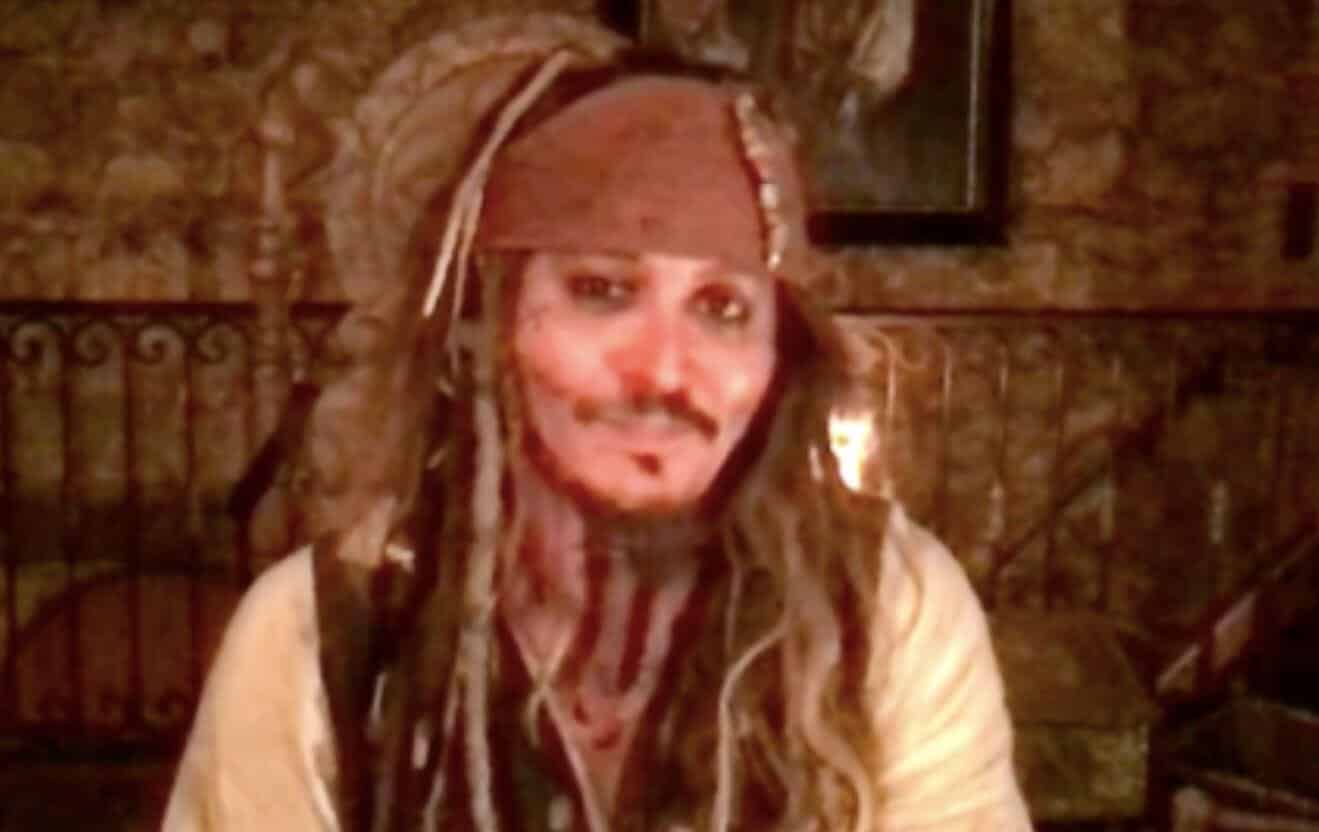 Audiences have been eager to see more of actor Johnny Depp as his iconic character Captain Jack Sparrow, especially after the announcement that actress Margot Robbie would be taking the lead in a new Pirates of the Caribbean film. While it’s unclear still whether or not Johnny Depp will be invited back for another appearance in the franchise, it seems he’s still willing to take on the role. In fact, Johnny Depp recently appeared as Jack Sparrow during a webcam call with several patients at Australia’s Queensland Children’s Hospital.

Johnny Depp was dressed from head to toe in his iconic Jack Sparrow apparel in a room that was decorated to match. The webcam call was initiated in collaboration with Juiced TV and was even broadcasted on Facebook Live. It was here that Johnny Depp spoke in character as Jack Sparrow to three hospital patients named Gabby, Asha, and Thomas.

Of course, after having some fun by playing as his memorable pirate character, Johnny Depp also takes some time to talk normally as himself. He says he’s grateful for the time spent with the “three beautiful young patients.”

He further emphasized that the video call was “one of the finest and most beautiful experiences that I’ve ever experienced… And that is because of all of your commitment to this project and to also just taking care of one another, to helping out when times are curious and confusing.” He also added: “I thank you all for allowing me to have this time with you-either as Johnny or as Captain Jack.”

Johnny Depp also thanked the medical staff at the hospital and Juiced TV for making the event possible.

“I must thank everyone who’s made this virtual visit possible,” he began. “But to be able to see Asha, Thomas, and Gabby… And I have been there and I’ve seen the amount of forward motion and instant movement that goes down in your kind of facilities. You guys work — all the nurses, the healthcare workers, the doctors — you work like absolute heroes.”

It’s nice to see Johnny Depp is still using his character to make children happy, even if it isn’t clear if he’ll return to the role in an official capacity.

Continue Reading
You may also like...
Related Topics:Johnny Depp, Pirates of the Caribbean