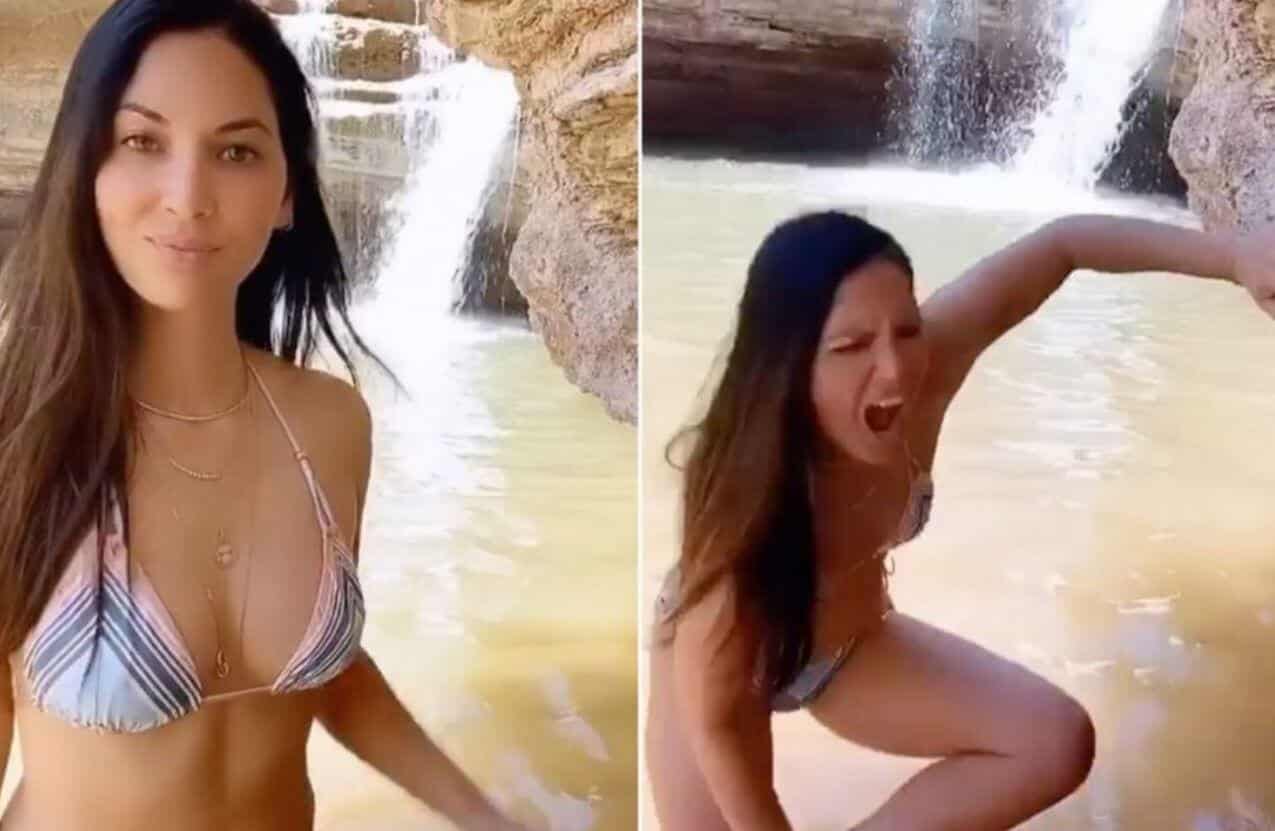 It’s been a wild year for all of us, as if 2020 itself has had some kind of astrological curse placed on it. It’s become something of a running gag to blame 2020 for most issues, even the slightest ones. Now popular film actress Olivia Munn is joining in on the fun – blaming 2020 for a birthday Instagram video in her bikini that didn’t quite go as planned.

As you can see in the below video, Olivia Munn decided to show off her birthday activities for the day among other things. She took the time to pose in front of a waterfall while out on a camping trip. The trip was taken in order to celebrate her 40th birthday, and while striking a pose in her bikini for her Instagram account, she managed to actually slip backwards and hurt her foot.

The video was humorously describes by Olivia Munn who posted the complete, unedited footage on her social media account:

“2020 strikes again,” she captioned the clip. “Anyway, thanks for the birthday wishes!”

Quite a few of her followers reacted to the clip with a reciprocated sense of humor. While things could’ve gone a lot worse for Olivia Munn, it looks like it was merely a simple accident – and for a few seconds of pain, so at least it was something everyone can look back on and laugh with. Especially for her birthday, in which Olivia Munn probably just wanted to look cute in her bikini. That was, at least, until 2020 made its move.

If you actually take the time to follow Olivia Munn’s photos from the trip, and read the associated captions, you’ll see that the actress from The Predator did not seem to be having very much fun even before the waterfall incident.

“Camping won’t be that hot they said. There’ll be so much to do they said,” Munn said, apparently bored during the trip.

Although on Sunday she seemed to be a little more entertained:

Camping won’t be that hot they said. There’ll be so much to do they said. ⛺️☀️🥵