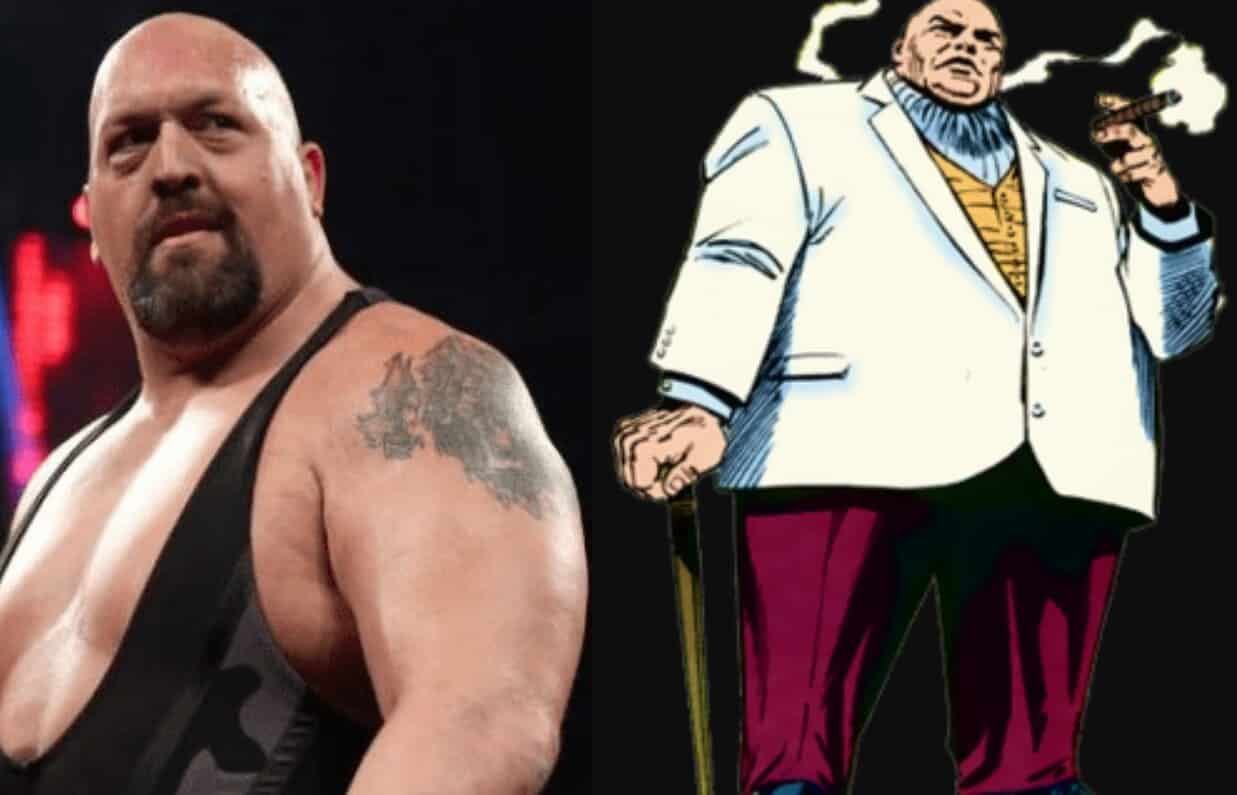 There has always seemed to be a correlation between Sports Entertainment and Hollywood. Going back to the 80’s, WWE Legend, Hulk Hogan, starred in a slew of films, as did Roddy Piper and others. Fast forward to today, and you look at Dwayne ‘The Rock’ Johnson, a third generation wrestler who has become one of the biggest and most successful names in cinema. 16 World Champion, John Cena, has parlayed his success in the squared circle into a successful career in film. ‘The Animal’ Dave Bautista is crushing it in Hollywood. And, there are many others. But, the last three all share the prestige of being part of the ever growing Comic Book Movie Genre. Now, it looks like The Big Show wants to jump into that same genre – as Kingpin.

The WWE legend and current Netflix star spoke with ComicBook recently and threw his hat into the Marvel Cinematic Universe’s ring (no pun intended). And he has one character in mind that the 7 foot plus giant could play.

“The one that really I’m looking at it, I would love if they do a remake, I’m definitely going to go after pretty hard is that they do a Daredevil remake. And I’m going to definitely go after Kingpin pretty hard. I think Kingpin’s a shoe-in for me.”

Big Show contributes part of his decision on the success of another larger than life in the MCU.

“Thanos is this big, massive villain with complexities, but the way Josh Brolin played Thanos, he played it so perfectly and so spot-on. Because when you’re that big and you’re that powerful, you really don’t have to constantly impress your boys or change your tone or any of that stuff. You already know who you are. When I saw him play Thanos and I saw it in theaters. I was like, ‘Wow, that was so perfectly done on so many levels.'”

Kingpin in the comics is 6’7” and 450lbs of pure muscle. Big Show definitely would be the most physically massive person to play the role, having previously been played by the late Michael Clark Duncan in the Affleck version and Vincent D’Onofrio in the Netflix series. And, while some may question Show’s dramatic abilities, he did spend over 20 years in the greatest acting school there is, the Wrestling World. So, if Marvel does reboot the character for the MCU, my vote goes to the Big Show for Kingpin.

What do you think of Big Show (Paul Wright) as Kingpin? Let us know in the comments below!

See The Venom Animatronic That Was Almost In ‘Spider-Man 3’
‘Avengers: Endgame’ Theory Says Captain America Fixed Every Timeline Except One
Advertisement
Advertisement
To Top