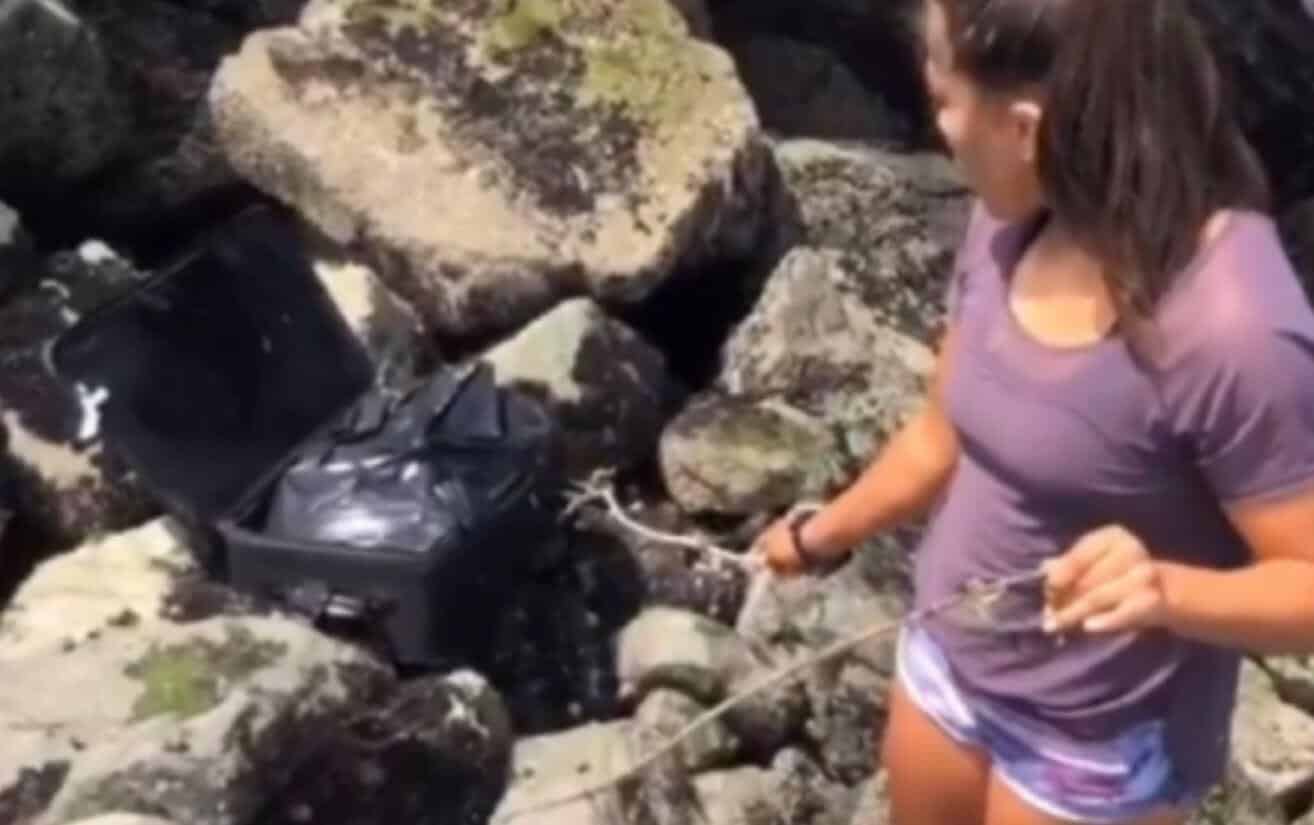 Apparently two teenage TikTok users got more than they bargained for when they discovered two dead bodies in a suitcase. The two victims were Jessica Lewis, 35, and Austin Wenner, 27. The duo had been shot and killed ten days before they were discovered by the TikTok users on June 20, as revealed by the King County Medical Examiner’s Office.

It seems that while also using TikTok, the two teenagers were using the Randonautica application, which sends users on “random adventures.” They just so happened to be exploring the city on one such adventure when they discovered the bodies of Jessica Lewis and Austin Wenner – located in the water – which were stuffed into bags.

As the TikTok video begins, it looks like the two teenagers believe they’ve stumbled across bags of money rather than bodies. They end up opening one of the bags with a stick and discover a horrible smell. Afterward they contacted the authorities, who responded within less than two hours. According to Seattle Police Detective Mark Jamieson:

“We’re glad the video is out there. We spoke to the people involved and they corroborated some of the information. The kids found bag on beach, it smelled, they called 911. … Officers got out there in about an hour and a half, and then officers did further investigation and then discovered that it was probably remains and called the detectives and the Medical Examiner’s Office.”

Apparently the two victims had been a couple for eight years, while Jessica Lewis had four children. As of this writing, there have not been any suspects named or arrested for their deaths. Her aunt, Gina Jaschke, gave the following statement on a GoFundMe designed to raise funds as an award for anyone who could give info regarding the murders:

“They were just nice normal people,” she said. “Nobody deserves what happened to them.” Jaschke continued and stated, “Whether it’s out of their heart they turn somebody in, or out of the cash, it doesn’t matter as long as somebody is held accountable for this.”

Continue Reading
You may also like...
Related Topics:Horror, True Crime