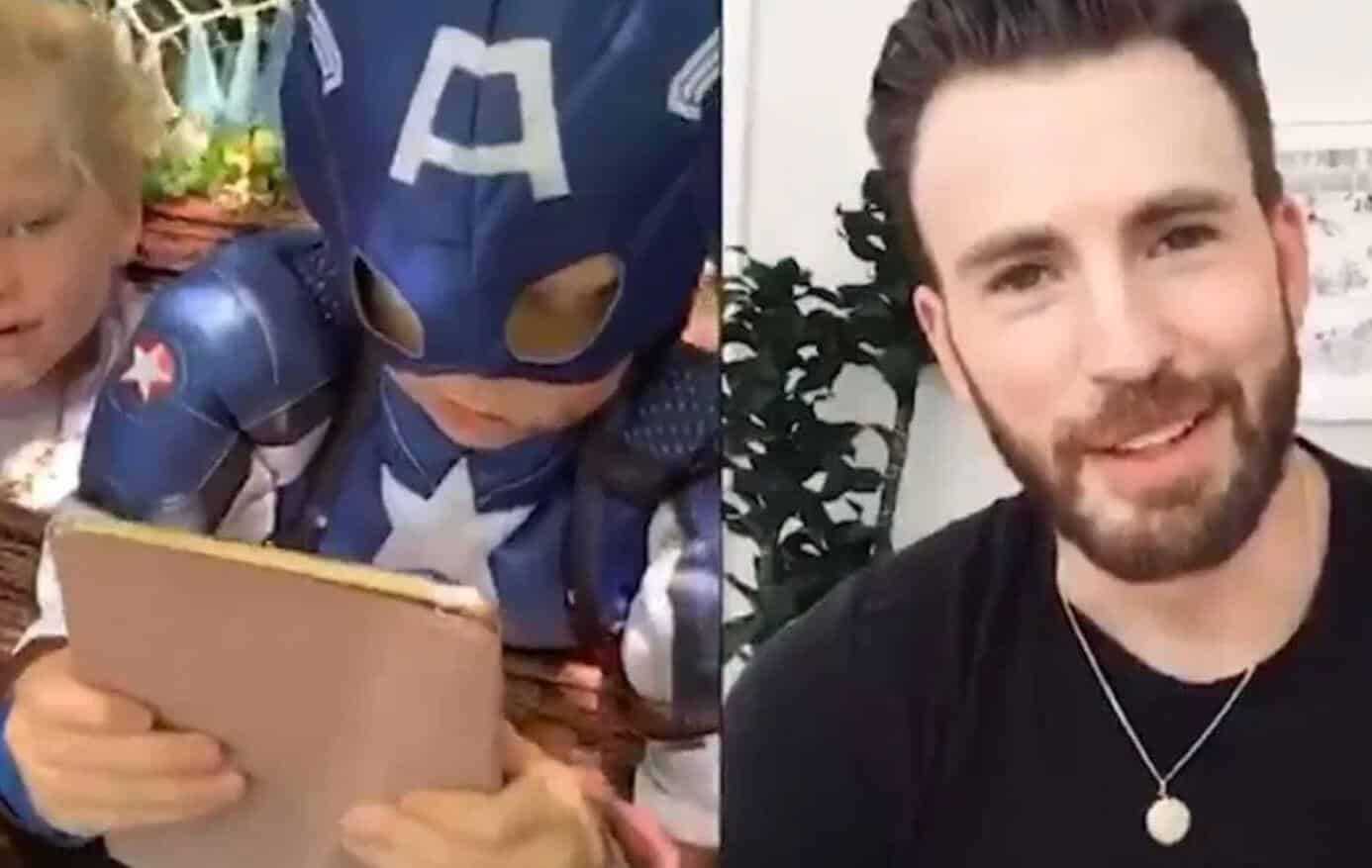 Earlier this week, a story hit the internet regarding six year old, Bridger Walker, who bravely saved his four year old sister from a vicious dog attack in Wyoming. The incident happened on July 9th when a one year old German shepherd mix went for the young girl, before her brother stepped in the way to shield her. It was at this point that the dog turned on Bridger, latching onto his cheek and leaving the youngster needing two hour surgery and over 90 stitches. When questioned on his heroics by his father, Bridger simply responded ‘if someone had to die, I thought it should be me’. It didn’t take long for the story to go viral and reach many celebrities, including Captain America himself, Chris Evans.

The Dark Knight Rises star, Anne Hathaway, was one of the first stars to bring attention to it – and when the child’s Aunt revealed that Bridger was a big fan of Earth’s Mightiest Heroes, Hathaway sent out the call with stars such as Chris Hemsworth, Mark Ruffalo, Tom Holland, Hugh Jackman, Zachary Levi, the Russo brothers all reaching out to share their support. However, it was former Captain America actor and all around good guy, Chris Evans who really went above and beyond for the young hero.

In a video posted to his Aunt’s Instagram, Evans can be seen addressing the Star-Spangled hero. He goes on to say:

“Captain America here, so I read your story, I saw what you did and I’m sure you heard a lot of this over the last couple days, but let me be the next one to tell you, pal, you’re a hero, what you did was so brave, so selfless, your sister is so lucky to have you as a big brother. Your parents must be so proud of you, I’m going to track down your address and I’m going to send you an authentic Captain America shield because pal, you deserve it.”

‘Get this man a shield.’💙 https://t.co/nrchaKdoAW

In these uncertain times, stories like this do always warm the heart, and it’s nice to see the young heroes bravery being rewarded in such an incredibly awesome way. We certainly need more heroes like Bridger out there.

What do you think? Let us know in the comments below!