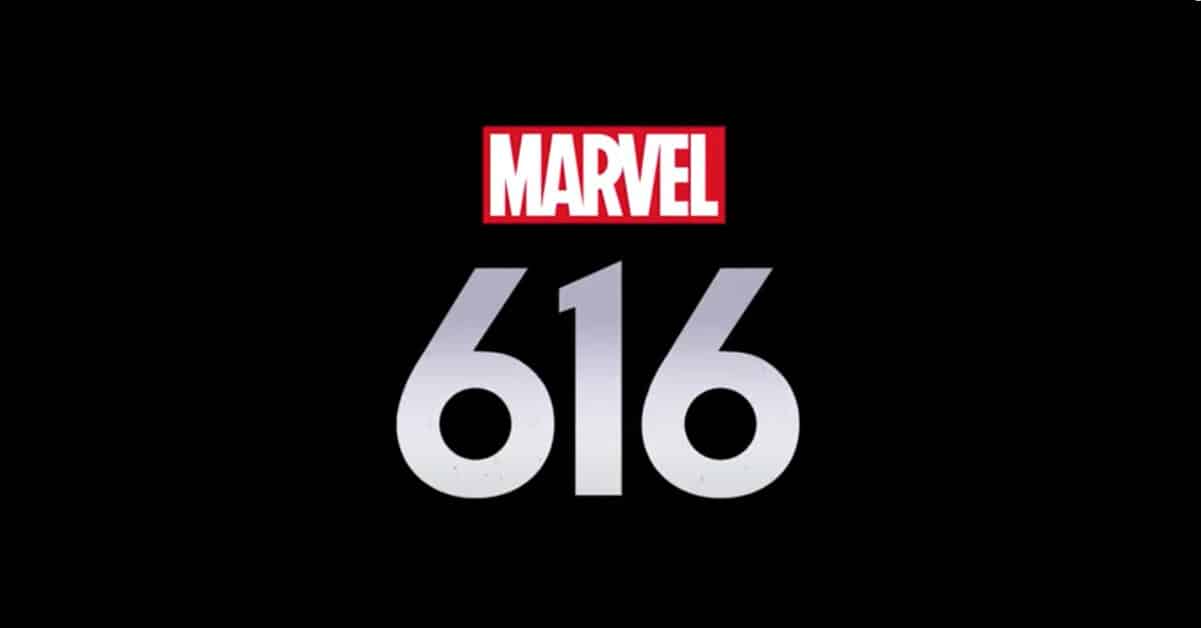 The Disney Plus Streaming Service has quickly become a giant in the streaming industry. With a vast library of classics as well as Marvel, Star Wars, National Geographic and Fox Media. They also do something that most streaming services don’t, like offer ‘DVD’ extras on films, BTS docu-series, and more. They are also set to debut a new docu-series that explores the cultural impact of the Marvel Cinematic Universe. Titled Marvel’s 616, after Marvel’s comic continuity main universe, the series will take a look at how Marvel Comics and the MCU have affected society, and now Disney has released two clips highlighting the upcoming series, along with a press release that ties into their upcoming [email protected] panel.

The first video is from Community star, Gillian Jacobs, and explores the impact of women in Marvel, from both the character side and the artist/writers side. The second video comes from comedian/actor Paul Sheer, and explores the ‘forgotten’ characters of Marvel. Check out the two clips below.

Along with the clips, here’s the press release from Disney.

“Today, Disney+ shared two exclusive sneak peek clips from the upcoming new original anthology docuseries, ‘Marvel’s 616.’ The first clip is from the episode “Higher, Further, Faster” directed by actor/director Gillian Jacobs, which shines a light on the trailblazing women of Marvel Comics and how they found ways to tell stories of representation and inclusion. The second clip is from the Paul Scheer-directed episode “Lost and Found,” following the actor and comedian’s eye-opening and hilarious journey to discover the “forgotten” characters of Marvel Comics. Individually, each documentary in this series tells a compelling story that brings its filmmaker’s vision to life.

Join Gillian, Paul and executive producers Sarah Amos and Jason Sterman with moderator Angélique Roché (host of Marvel’s Voices and The Women of Marvel Podcasts), tomorrow, Thursday, July 23, 1:00 p.m. PT for the virtual [email protected] panel; “A Look Inside ‘Marvel’s 616’”, where they will discuss the making of this new Disney+ original docuseries.

‘Marvel’s 616’ explores how Marvel’s rich legacy of stories, characters and creators exist within the world outside your window. Each documentary, helmed by a unique filmmaker, explores the intersections of storytelling, pop culture, and fandom within the Marvel Universe. Films in this anthology series will cover topics including Marvel’s world-spanning artists, the trailblazing women of Marvel Comics, discovering the “forgotten” characters of Marvel, and much more.

This series will give insight into the culture surrounding comic books and their movies, as well as the actual impact they have on the world. It will bring to life the ‘nerd life’ and show the depth of the characters, the writing, the art, and, most importantly, the people who love it. Whether you’re a casual fan, just a movie lover, or a die hard comic book nerd, this series is for you. It represents you. And now everyone will get to see the wonderful world that is fandom, in all it’s glory.

Are you excited for Marvel’s 616? Let us know in the comments below!