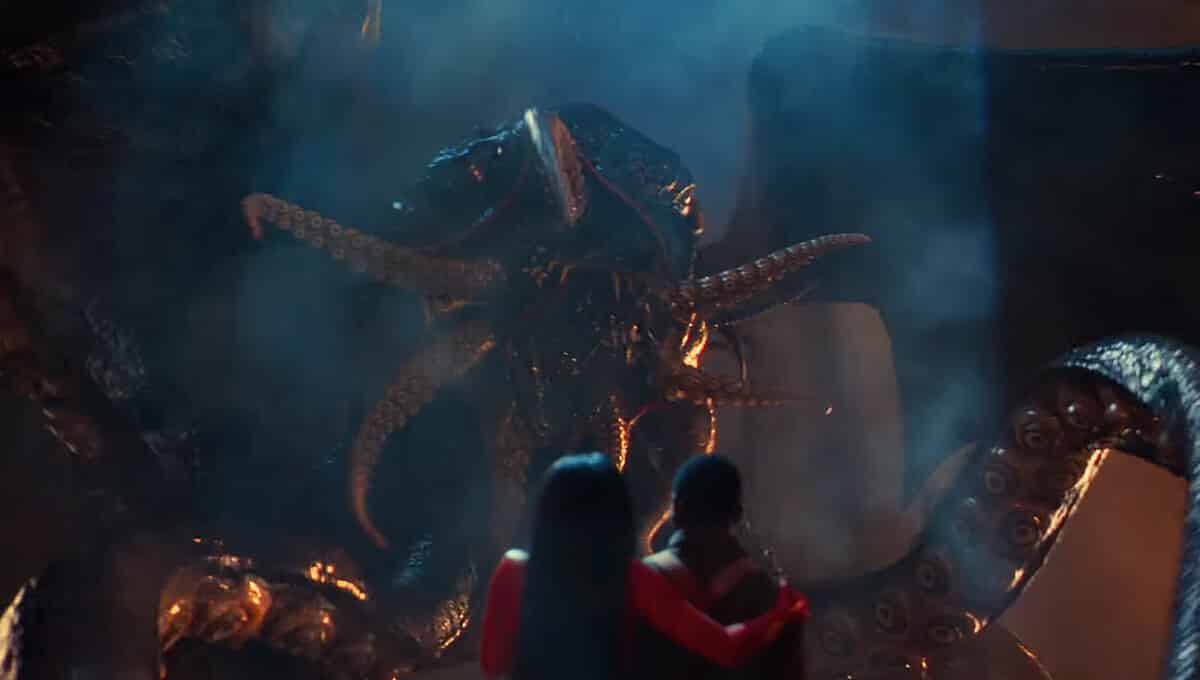 HBO has released the latest trailer for Lovecraft Country, the upcoming series that blends social commentary with the works of HP Lovecraft. And as you can see in the below trailer, they really emphasize the HP Lovecraft connection – in fact, they even have Cthulhu!

It definitely appears to be that the series will include some massive scope judging by what they’re teasing here in this new Lovecraft Country trailer. No doubt that fans should be excited for the show to hit HBO next month. Especially if it manages to include as much crazy, lovecraftian mayhem and dark social commentary as this footage suggests. And again, as mentioned above, Cthulhu is apparently involved – so, yeah, this will be one that horror and Lovecraft fans won’t want to miss.

The plot starts with “Atticus Black as he joins up with his friend Letitia and his Uncle George to embark on a road trip across 1950s Jim Crow America in search of his missing father. This begins a struggle to survive and overcome both the racist terrors of white America and the terrifying monsters that could be ripped from a Lovecraft paperback.”

Lovecraft Country is based on the 2016 novel with the same name that was written by author Matt Ruff. Hopefully the series lives up to the written world that he created. But we’ll just have to wait and see how everything unfolds.

Audiences will finally be able to tune into the series when it premieres on HBO and its streaming counterpart HBO Max on August 16.

Continue Reading
You may also like...
Related Topics:Horror, Lovecraft Country