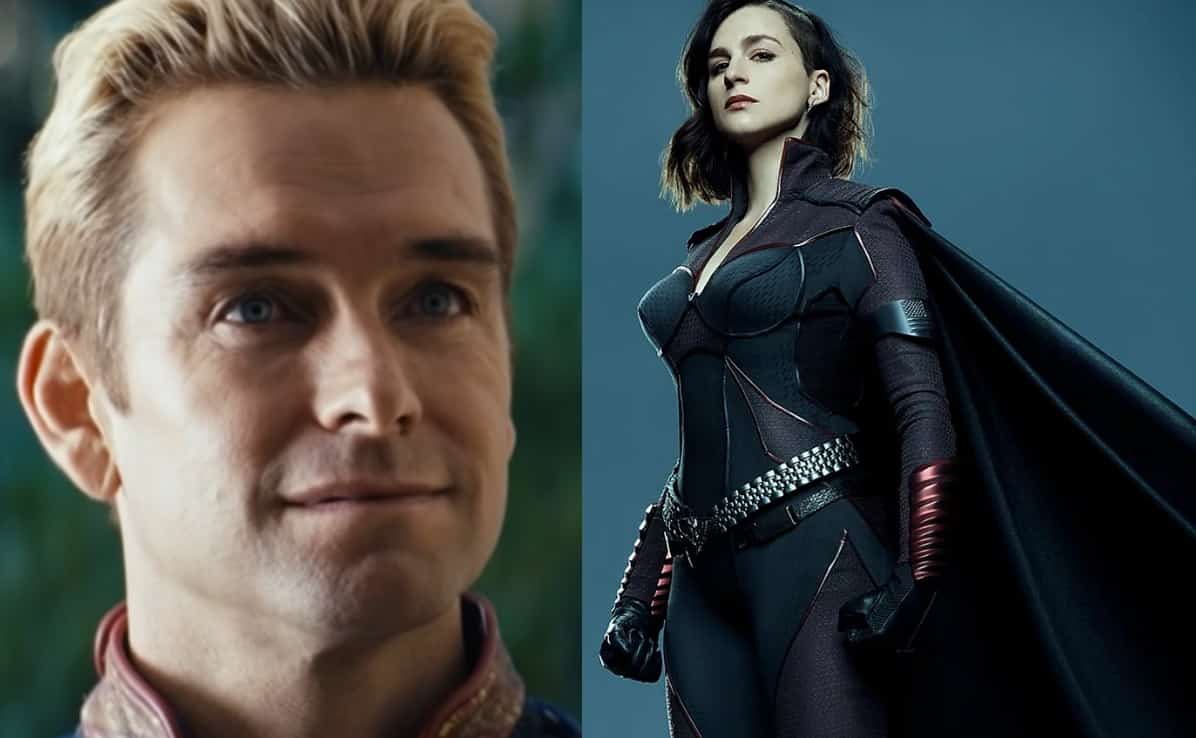 Back again for more, eh? Well, you’re in luck because ScreenGeek has another interview with the cast and crew of Amazon’s Original series, The Boys.  This time around I was able to speak with Homelander himself, Antony Starr, and Stromfront’s very own Aya Cash.

We talked about what it takes for nice guy Antony Starr to play a monster on television, what attracted Aya to the role of Stormfront, and which Marvel character the two would play if offered a spot in the MCU.

My first question is for Antony. Homelander has a God complex in The Boys. Is that God complex going to get any more intense in season two?

Antony Starr: Yes. Short answer, yes. When Homelander believes that he’s something of a deity and wants everyone to treat him accordingly. That was what season one of The Boys was like. His coming out so to speak and his self-actualizing and removing Stillwell and taking the training wheels off, basically. Season two is about dealing with all the repercussions of those actions in season one. A big part of that is trying to get the acknowledgment that he believes he deserves, which is the adoration of a God. The reverence of a God figure.

So, my follow up question is if Homelander can be kept grounded since the discovery of his son?

Antony Starr: Interesting choice of words, I have to say. Thrown off a roof and onto the ground. Yeah, I mean, Homelander parenting is less than perfect because the kid is being raised, well, relatively speaking, as a normal kid. And is very much unaware of his lineage and genetic capabilities. So, Homelander would love him to be a little more aware and a little more self-aware of what Homelander wants him to be. But, he’s got a good mom and he does have people on the side of good fighting for his little soul as well. So it’s a battle for him but it does make for interesting viewing.

Stormfront is possibly worse than Homelander. So what attracted you to The Boys and that particular role?

Aya Cash:  No, I’m not that bad for sure. First of all, it’s a role that I never thought I could play. I thought that was an interesting challenge and not something that I was actually—the role when I auditioned for it, was basically just kind of a little bit of the first scene that you see me in episode one and some other sort of dummy sides. So, you didn’t sort of see her whole arc, but I was told where the character was going. The Boys is a saturation of our culture and I thought it was an interesting idea to bring in a supervillain who was going to talk about some of the issues that live within our culture. And hopefully, we do that in both an entertaining and, you know, gross diabolical, crazy, funny way, and also a way that opens a conversation around some things.

Antony, I’ve seen quite a few interviews with you and you seem like a really, really nice guy, but Homelander is a monster in The Boys. How were you able to pull that dark side of you out and able to be so convincing to develop your character in such a monstrous way?

Antony Starr: I don’t think there’s an easy answer for that because you look at what’s on the page and you try and do it justice and especially if the writing’s good and we have a great writing team, so that makes that pretty easy. But then I think it just, maybe it’s about being open and available to the fact that none of us are perfect and none of us are all good or all bad. Having a little bit of access and understanding of the darker parts of yourself and being prepared to pull them out, not judge them, and not worry about other people judging you. But also to me, it’s just—the darker it goes, the more fun it is. With a show like this, in particular, it’s not always obvious. Like, if we were doing, I dunno, Schindler’s Lists. I mean, that’s not fun. That’s a different kind of darkness, right? But I think because of the world that this show inhabits, there is a lot of humor in the darkness as well. And to be honest, I have a lot of fun trying to find little bits of light in the dark when something dark is happening and try to find some humor and bring that out. And yeah, I don’t know, man. (Jokingly) Either that or I’m just a big fat psycho.

(Laughing) Well, it is Hollywood. Aya, it seems Stormfront is there to disrupt The Seven. Could her motivations be to take over Homelander’s position and become the new leader of The Seven?

Aya Cash: Absolutely. I think she is gunning for his job. She has a vision for The Seven and for Vought and for superheroes, all over. And she’s going to do anything she can to gain control and take him down.

Antony, you are one of the top picks – in terms of fan casting – to play Wolverine, whenever that character is introduced into the MCU.

SIDE NOTE: I would like to mention that Aya Cash had pointed out that Antony Starr had a striking resemblance to Wolverine at this time.

If you’re interested or if Marvel gave you that call to offer you the role, would you ever take it?

Antony Starr: Big shoes to fill, man. Jackman’s pretty much put his mark on that, hasn’t he? So, I never say never, man. But at the moment, I’m just enjoying what we’re doing here. I mean, to be honest, Wolverine doesn’t wear spandex, which is definitely a negative for me. I do like the feel of tight pants, you know, if they can tighten the jeans up, maybe –

Antony Starr: We can get some kind of tight leather jeans going on or maybe a pants suit. I could be tempted – but I’m just happy to be doing what I’m doing, brother, and whatever comes, comes. I appreciate the fans, you know. We’ve got a great bunch of fans and they’re really enthusiastic and passionate, so, I love their ideas and their support. I hope they enjoy season two of The Boys and I’m just stoked we get a chance to do season three as well.

Yeah, I think they will. I’ve seen a few episodes and it’s a big improvement from—I mean, not saying it was a bad show with the first season.

Antony Cash: No, I’m with you. I think it is. I think that’s the good thing about TV is getting another go at it; another stab at it. And you get to refine, you get to play to your strengths and maybe polish some of the lists of shiny parts from the first season. Which, I think any of the good shows that I’ve seen start off a little bit fuzzy, cause they’re experimenting and they’re playing and they try to find out what the show is and if you think you’ve got it locked in immediately, you’re probably hitting one note too hard. And I do think season two of The Boys is a step up from season one. Plus, we got Aya Cash, man.

Oh yeah, definitely. The question goes the same for Aya. I know you’ve done a lot of independent stuff and one of your breakout roles was from You’re The Worst and now you’re in a comic book show. Would you want to pursue any other roles that are comic book heavy? If it’s something from Marvel or DC or any other type of comic book characters.

(Laughing) Yeah, I got Marvel’s number on speed dial.

Aya Cash: Great! Tell them to call me. I’m avail. Yeah, I mean, I’m not opposed to doing any job at this moment. I mean, you know, we’re in a pandemic, sure. (Jokingly) Career goals out the window, let’s work. I’ve also I grew up on X-Men. So, in my fantasy world, I’d be in that universe, the phoenix rising. I would have loved to be a part of the X-Men world. And if there’s another opportunity—X-Men Geriatrics—they can come to me whenever.

Is there a particular character from the X-Men that you would want to take on ?

Antony Cash: I would say Wolverine!

SIDE NOTE AGAIN: It was at this time that I couldn’t stop laughing at the playful nature of the two.

Aya Cash: I mean, I did just mention Jean Grey.

Okay, I heard “phoenix rising” and I wanted to make sure if you were referring to Jean Grey.

Aya Cash: Yeah, but I also, I mean, my favorite character in all of the X-Men universe was always Beast. So, if we’re going to do gender swap—no they would kill me. I don’t even want to do a gender swap.

Aya Cash: I love that world and Rogue was one of my—I’d do Rogue, Jean Grey, and Beast for my pick.

That’s another interview in the bag. Check back here at ScreenGeek.net for more news on The Boys and everything around the filming world.