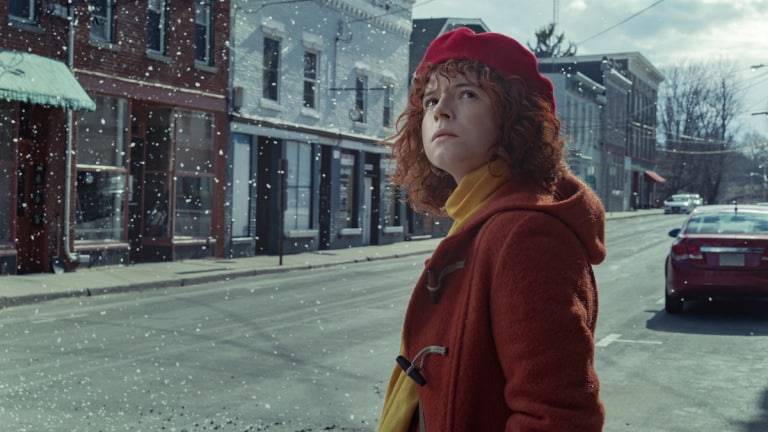 You tend to know what you’re getting when watching a movie written, directed, or both by Charlie Kaufman. A three-way relationship between two individuals and an obsession. A deadpan comedy that can turn dim at the drop of a hat. Reality bending like an expert yoga instructor. A conclusion to a story that is ambiguous and leaves the audience collectively scratching their heads. Not that any of that is a bad thing. Kaufman has a style that he’s had time to master and it works in our favor more than we like to admit. Such is the case with I’m Thinking of Ending Things.

A movie worth watching, dissecting, re-watching, and dissecting again. As a result, what you’re probably getting is a different answer to the question one might ask themselves while viewing this film.

I don’t want to give you spoilers on what occurs in the film, but I’ll give you the synopsis in the simplest form. A woman is thinking about ending her relationship with her boyfriend as they are driving to meet his parents. 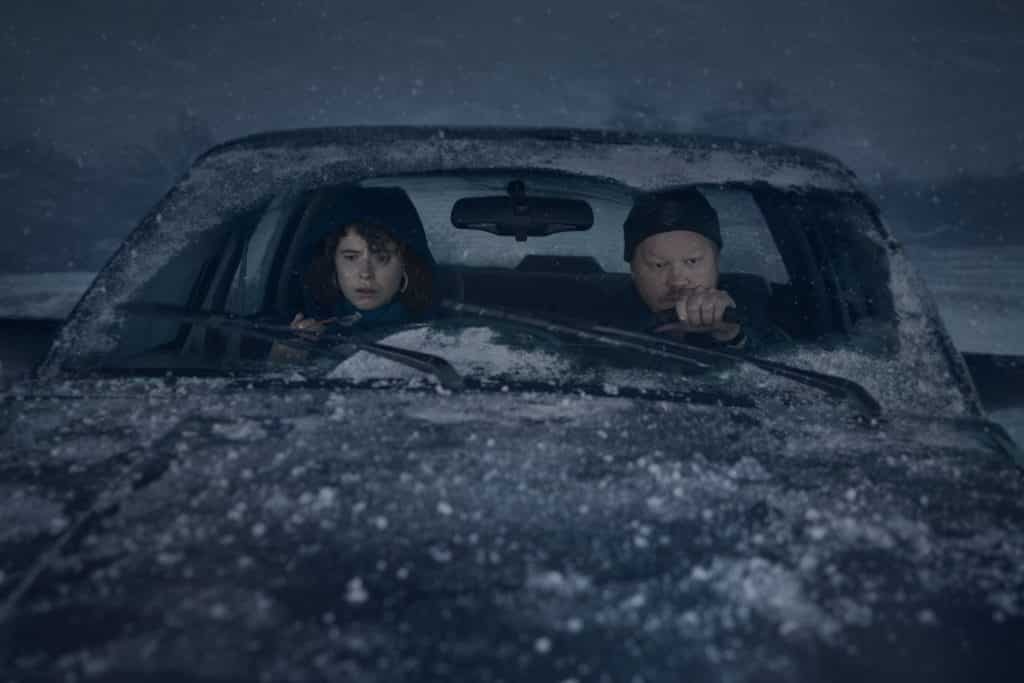 From the top, I’m Thinking of Ending Things looks bleak and feels bleak as well. Kaufman’s direction is done in a fashion that sucked me into the film effortlessly. I found myself fully invested in the scenes set within and around simple locations—such as a car or farm—that spoke volumes on the rollercoaster nature of relationships and the reality of them, which we all try to ignore. Kaufman takes this notion and throws it into a car that appears to be moving but the visuals challenge that idea and morph it into a metaphor that made me go, “Oh shit!” That’s not the end of it.

The use of simplistic camera positions, movements, and Kaufman’s conscientious decision to use a 4:3 aspect ratio drew my attention to what the characters were thinking and feeling but more importantly the subtle nuanced indifference in their appearance. This gave me the ability to absorb the movie on a higher level.

I would be remiss if I didn’t shine a light on the acting. Jessie Buckley as The Young Woman does a stellar performance. She was able to shift her character’s inner thoughts and speaking patterns at the drop of a hat when the scene called for it that in no way took me out of the story. Her interaction with Jesse Plemons’s Jake fits perfectly with his ability to replicate the degree of skill and talent Buckley has. 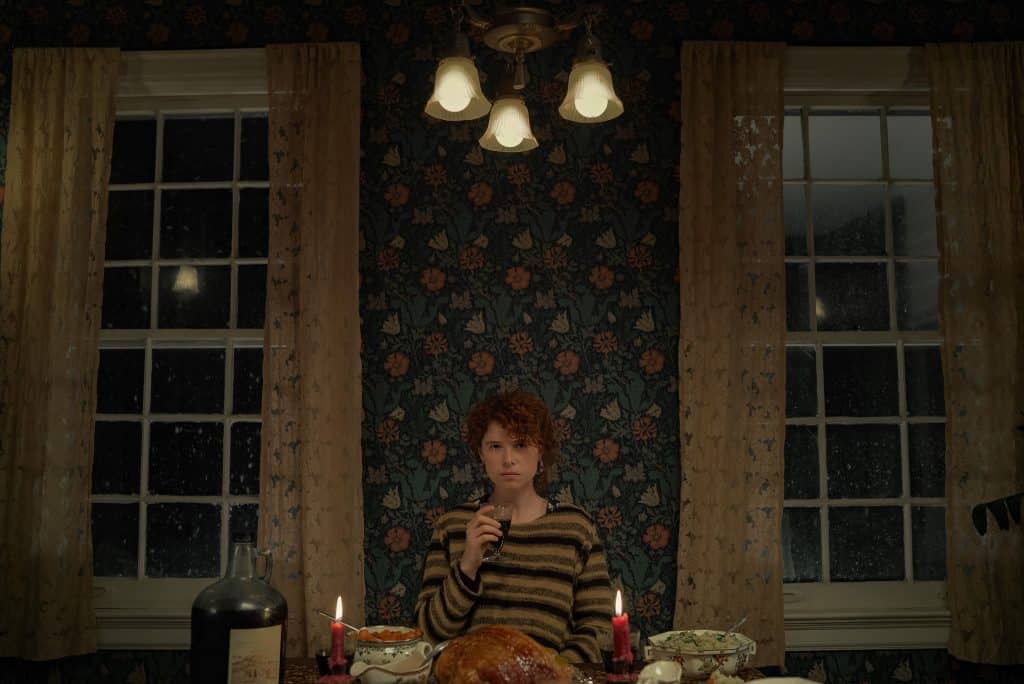 Even Toni Collette’s Mother and David Thewlis’s Father were able to bring the same energy as the two leads with no sign of trying to outshine them or steal the scene when the story didn’t call for it.

The writing…my god the writing is so good. Kaufman is still at the top of his game and the film shows it. I’m Thinking of Ending Things is a dialogue-heavy tale and none of that comes off as wasted or lazily thought out. Even within the writing, there is a deep DEEP telling of the expectations people have of their partners and when two people—who are dating—can be in the same room but are miles apart.

All this might come off as possibly another Eternal Sunshine of the Spotless Mind but it’s not that. It’s something much darker and even more realistic. I’m Thinking of Ending Things has so much meaning in the film and adds so much more to that within the title once the credits start to roll. The film’s runtime is at about 2 hours and 14 minutes and not a second is squandered. It’s in no way flashy but the story doesn’t need it to grab your interest. With this examination of “what ifs” and opportunities missed, the film might break you.

Yet, to be broken is a way to see the realities of ourselves and what is in front of us. Translation: The movie hit me hard and hit me in a good way.