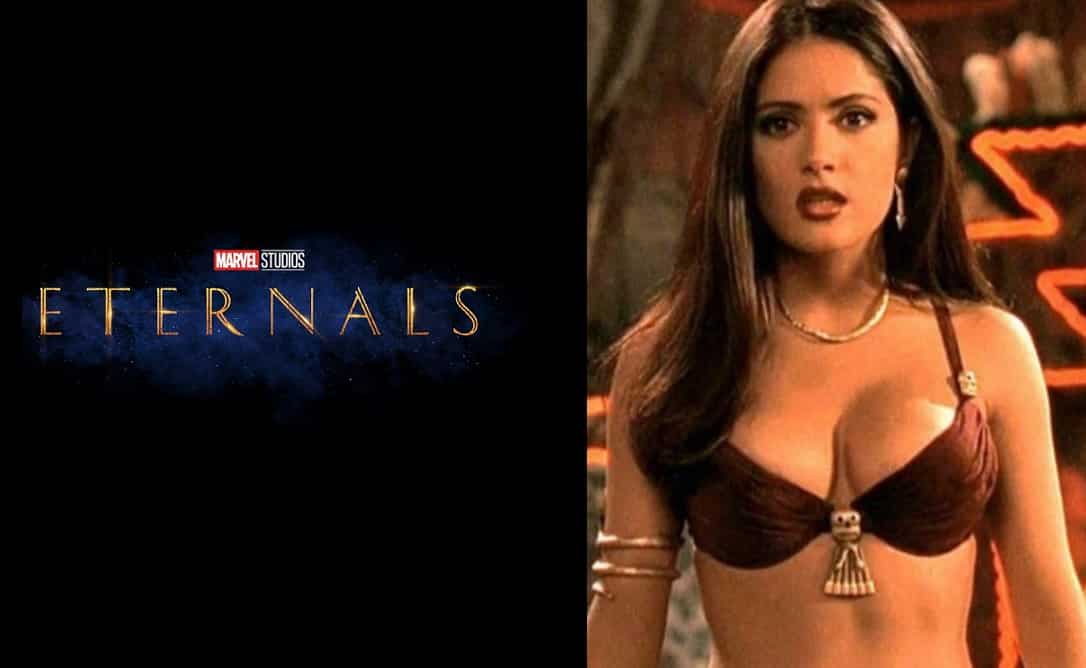 The Marvel Cinematic Universe is moving on from the Infinity Saga and are looking to expand in very big and cosmic ways. One way they are achieving this is with the highly anticipated Eternals, starring such stars as Angelina Jolie, Kit Harrington, Kumail Nanjiani, and more. Another big star on the cast is the effervescent Salma Hayek. Playing the superhuman immortals’ leader, Ajak, The Hitman’s Bodyguard star is excited to join the MCU – and now, we’ve got a pretty good look at how Ajak will appear in the film.

A leaked image of the upcoming Eternals Marvel Legends toy line showcases Ajak in all her glory. Now, as the photo has been pulled a few times, we’re unsure if this image will stay up, but for now, hopefully you will all get a look at how Salma Hayek will be expected to look on screen.

The official figures of the Ajak has been showed the full look at the suit from #Eternals! pic.twitter.com/TTv3p6KTxH

The costume looks just like what we saw at the D23 reveal, and her figure comes with two interchangeable heads; one with her headpiece, and one without, showcasing a beautiful flowing mane. As this film will traverse eons of time, these characters look to have a timeless look, both ancient and regal as well as modern and cosmic.

Hayek has mentioned in multiple interviews how ecstatic she is to join the MCU, and how much fun this film will be for fans:

“The rest of us [Eternals] are like misfits, and we’re all superheroes, and I get to be the leader. That sounds really appropriate! Yes, why not? Let’s go! It just made me feel like, ‘Maybe they’re doing something different.’ And they are.”

Marvel Studios’ Eternals features an exciting new team of Super Heroes in the Marvel Cinematic Universe, ancient aliens who have been living on Earth in secret for thousands of years. Following the events of Avengers: Endgame, an unexpected tragedy forces them out of the shadows to reunite against mankind’s most ancient enemy, The Deviants. These immortal super-beings were enhanced by the Celestials, the ancient, universe building, god-like characters of the MCU. The film is expected to hit theaters May 2021.