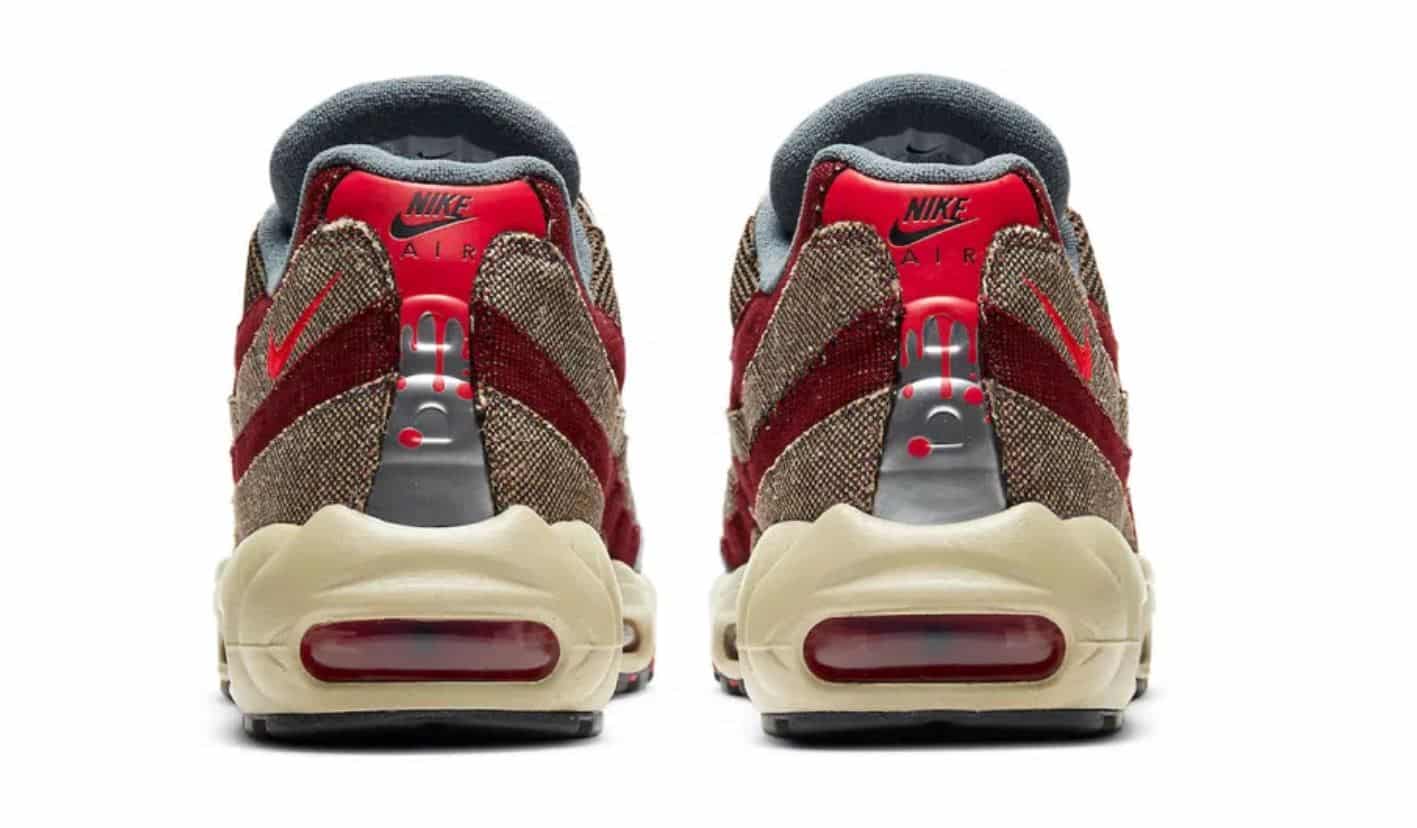 Although 2020 has been an incredibly rough year, that hasn’t stopped the exciting time that is waiting for the Halloween season to come around. And with that in mind, it appears that Nike is showing off some cool new shoes for the Halloween season. These new Nike shoes include a pair of Air Max 95 styled shoes that are inspired by the horror classic A Nightmare on Elm Street and its iconic villain Freddy Krueger, as famously played by actor Robert Englund.

As such, these new Nike shoes do an interesting job at representing the A Nightmare on Elm Street and Freddy Krueger iconography. Freddy Krueger happens to be one of horror’s most recognizable villains, mostly due to his signature sweater, trademark gloved hand, and the unique color palette that goes along with it all. As you can see below, Nike did their best at capturing all of that.

As explained by Hype Beast:

“Dressed in a mix of ‘Velvet Brown,’ ‘University Red’ and ‘Team Red,’ the upper of the shoe is constructed of mesh and canvas to replicate Krueger’s sweater. Accents on the base include grey suede toecaps, checkered tongue and metallic silver overlays speckled with red in reference to Freddy’s favorite razor glove. Branding comes in the form of ‘AIRMAX’ tongue badges, small heel Swooshes, ‘Nike Air’ debossing at the rear and bloody Swoosh printed insoles. Elevating the shoe are light brown midsoles red Air units paired with contrasting black rubber outsoles.”

It’s certainly an interesting design, especially when you consider some of the little touches like the bits of blood splatter around the Nike swoosh printed on the insoles. The A Nightmare on Elm Street/Freddy Krueger inspired shoes are intended for a release by Nike sometime in October. It should definitely be a perfect time for such shoes, so keep your eyes peeled if you’re interested.