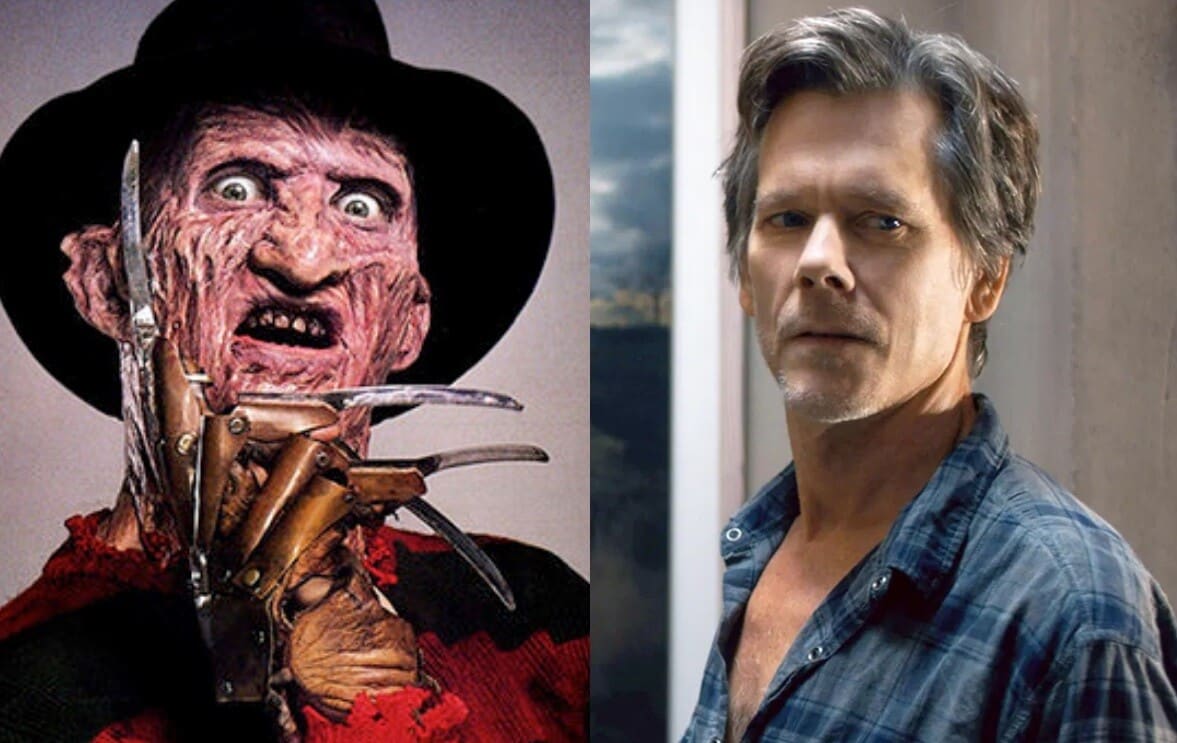 It shouldn’t be surprising that fans would want Kevin Bacon to have a chance at playing popular A Nightmare on Elm Street antagonist Freddy Krueger. The legendary cinematic villain became a pop culture icon after his first theatrical appearance in 1984, beginning with Wes Craven’s A Nightmare on Elm Street. Robert Englund was cast in the role and he stayed as the character for seven sequels and even a TV anthology series. As such, it was difficult to see Robert Englund leave the role due to his increasing age – a move that, along with the remake trend, led to Jackie Earle Haley appearing as the character in the 2010 remake. Fans weren’t overall pleased with that film, however, and thus audiences began suggesting that Kevin Bacon get a chance at playing Freddy Krueger.

It’s become a popular rumor amidst fans over the years, one that has even been endorsed by the original Freddy Krueger himself – Robert Englund. And why not? After all, Kevin Bacon is a seasoned enough actor, and even appeared in the original 1980 Friday the 13th albeit as a victim rather than killer. He’s been in a variety of other horror films as well, such as Tremors, Hollow Man, and Stir of Echoes just to name a few.

He was recently asked by Bloody-Disgusting if he’d be interested in taking on the role of Freddy Krueger for a new remake based on A Nightmare on Elm Street, where he said:

There you have it. Apparently Kevin Bacon is open to the idea, which should excite many of the fans eager to see him get behind the makeup. Of course, it’s unknown just exactly what take that the Wes Craven estate and all those involved with the future of the franchise will end up using. It’s a difficult enough task to replace Robert Englund as Freddy Krueger, but they’ll likely also have to pick an actor that’s young enough to carry the franchise for another decade or two much like Englund did in the 80’s. So perhaps someone younger than Bacon will be needed regardless.

Nevertheless, we can only hope that whatever happens with Freddy Krueger and the future of the Nightmare on Elm Street franchise – that it will be a successful new interpretation that does justice to Freddy Krueger and allows both old fans and new generations to be happy.