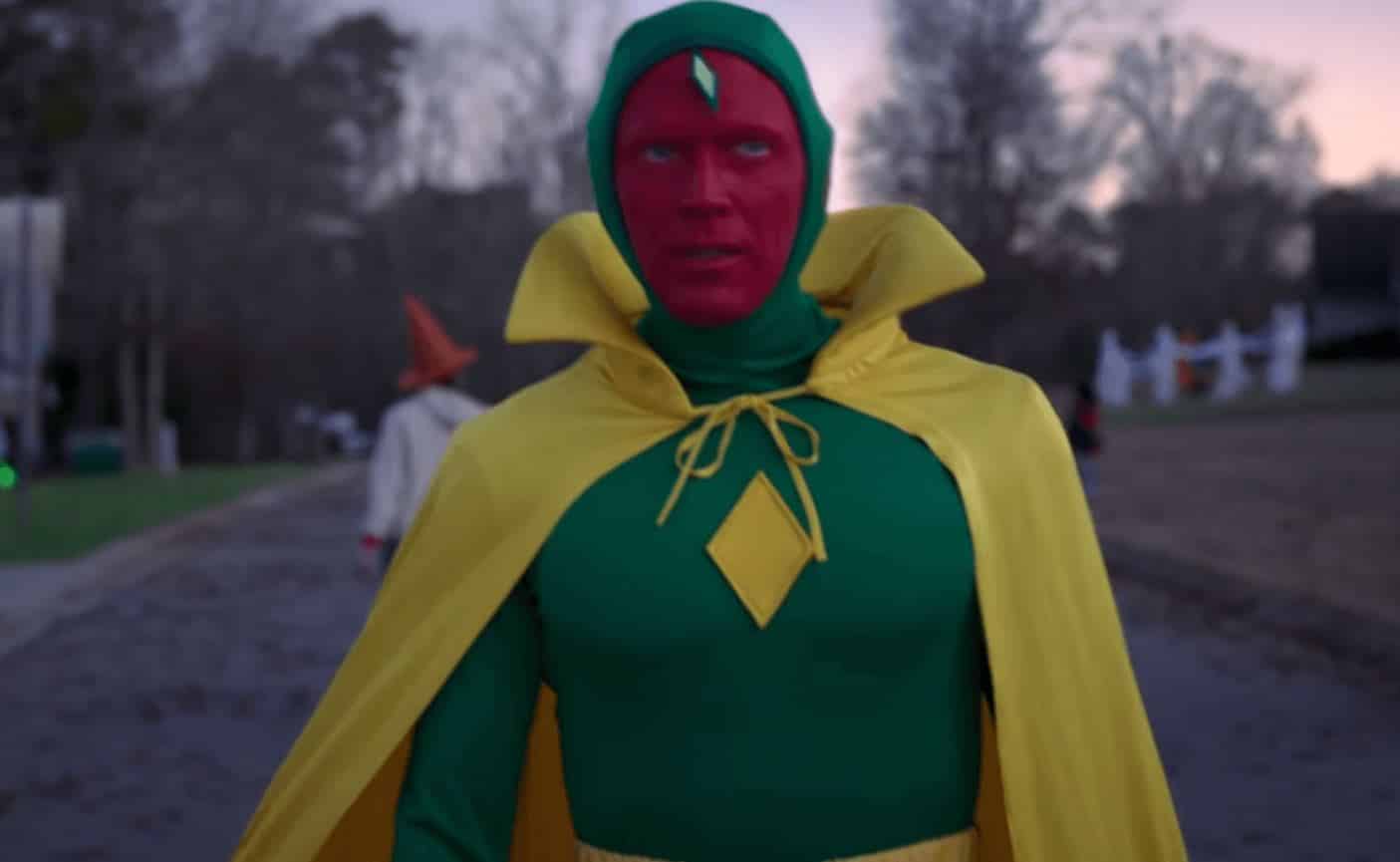 Disney Plus has finally released a full trailer for the highly anticipated and monumental series for the Marvel Cinematic Universe, WandaVision. The unique and out-there story of Wanda Maximoff and Vision as a couple, even after his death in Avengers: Infinity War, looks to be like nothing we’ve ever seen before from Marvel Studios, and possibly in media, period. Set to most likely be the catalyst for the multiverse for Phase 4, we got some pretty good looks at what’s to come. One shot in particular really has fans excited, even if it was a bit of a gag.

In the trailer, we see how the series gives off a Stay Tuned vibe, the John Ritter classic that has him and his wife sucked into a demonic satellite and forced to live out several satanic versions of classic television shows. It seems that Wanda and Vision are jumping through different decades of various sitcoms in this dream-like reality that may very well turn into a nightmare at some point – and in one of those ‘shows’, it looks like we’ll get a Halloween episode. This is where classic comic book versions of our heroes’ costumes can be seen.

While we’ve already seen Wanda’s classic Scarlet Witch look in previous promo work, we now get to see a classic Vision look as well! These costumes have a bit of a homemade cosplay feel, definitely meant as Halloween costumes and not functioning uniforms. Still, it is exciting to see these costumes pop off the pages of classic comic books and onto the screen! And it seems that fans are digging it!

Wanda and Vision in their comics costumes you LOVE to see it!! That Vision costume is actually so cool pic.twitter.com/QCYG02lG3D

I absolutely love that Vision is rocking the old costume in the trailer for WandaVision pic.twitter.com/nZ5ZDQ2Fz8

This series will definitely be something to behold. And, we won’t have to wait too much longer for it, as WandaVision is set to premiere on Disney Plus in December of 2020!

Are you excited to see these classic looks in WandaVision? Let us know in the comments below!