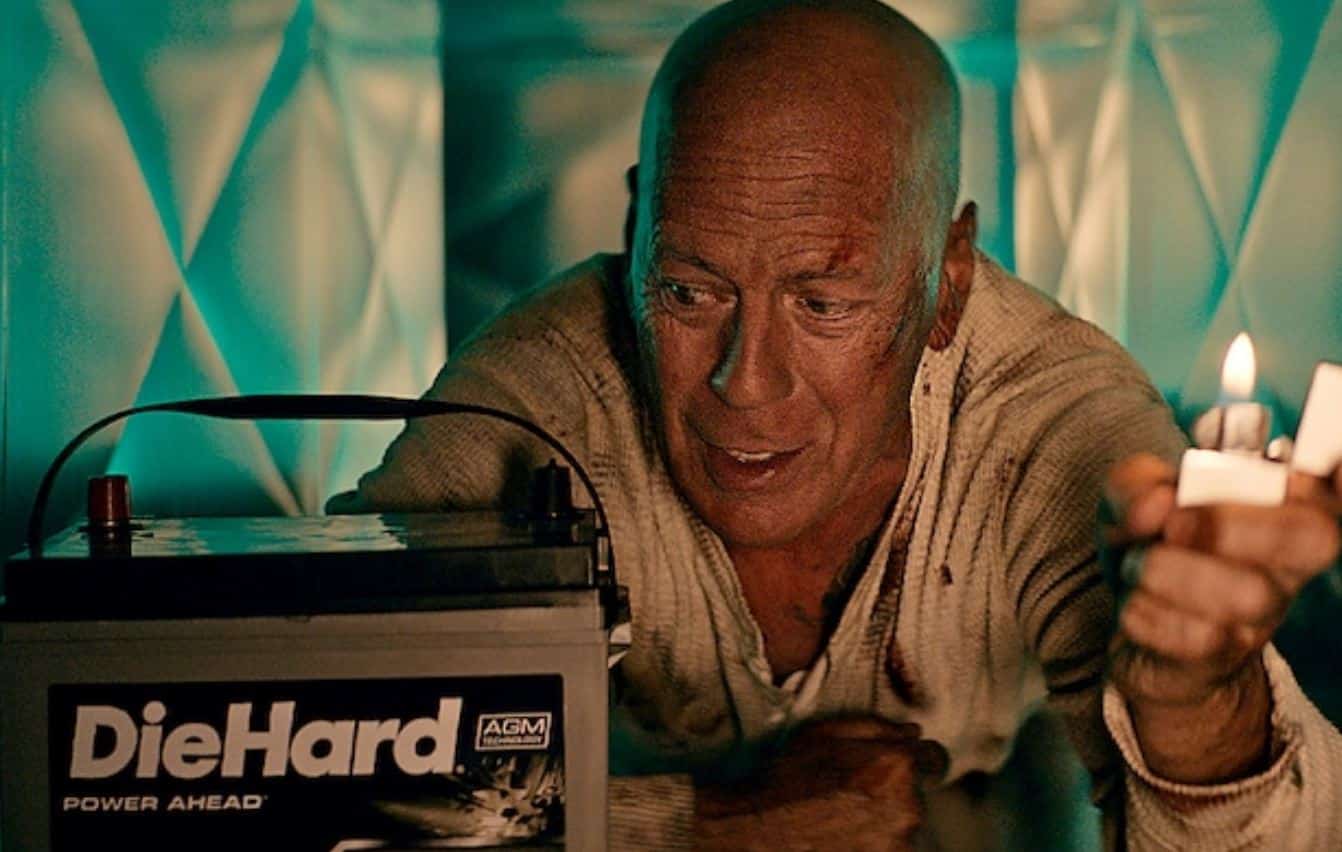 Actor Bruce Willis has revived his character Detective John McClane for a new Die Hard themed commercial, one which brings back a few other memorable Die Hard characters as well. The commercial, created for Advance Auto Parts’ new “DieHard” battery, is the perfect spoof for any fan of the iconic action film (or maybe Christmas movie, depending on who you ask.) Of course, what’s interesting about this particular commercial and Die Hard story, is that the entire narrative is structured around Bruce Willis’ John McClane eager to find a working car battery. And in the process, he winds up crossing paths with his old nemesis – Clarence Gilyard Jr.’s Theo from the 1988 film.

This is the first time Bruce Willis has ever appeared in a commercial as John McClane from Die Hard, but he explained that it was Advance Auto Parts’ pitch for the commercial that brought him in. As he explained in an official press release, via Fox Business:

“I’ve never done any sort of commercial with the John McClane character, but Advance Auto Parts brought an idea to integrate DieHard the battery into the ‘Die Hard’ story through a short film that’s authentic to McClane and both brands,” Bruce Willis stated.

And, to be fair, it really is a solid commercial. It’s very straight forward, and as such manages to preserve that perfect atmosphere that the original Die Hard film possesses. As summed up by the commercial’s synopsis:

“A new chapter in the DieHard story begins. Watch as John McClane faces off against old foes and crosses paths with old friends. From fighting his way to Advance Auto Parts to racing against the clock to install his new DieHard Battery – McClane will stop at nothing, to start his car again.”

Truthfully, the film franchise could probably learn a thing or two from it. It’s a nice treat for fans of the franchise who have been eager to see Bruce Willis make a comeback as the character. While it isn’t exactly the theatrical reboot some are hoping for, it’s a fun video nonetheless.