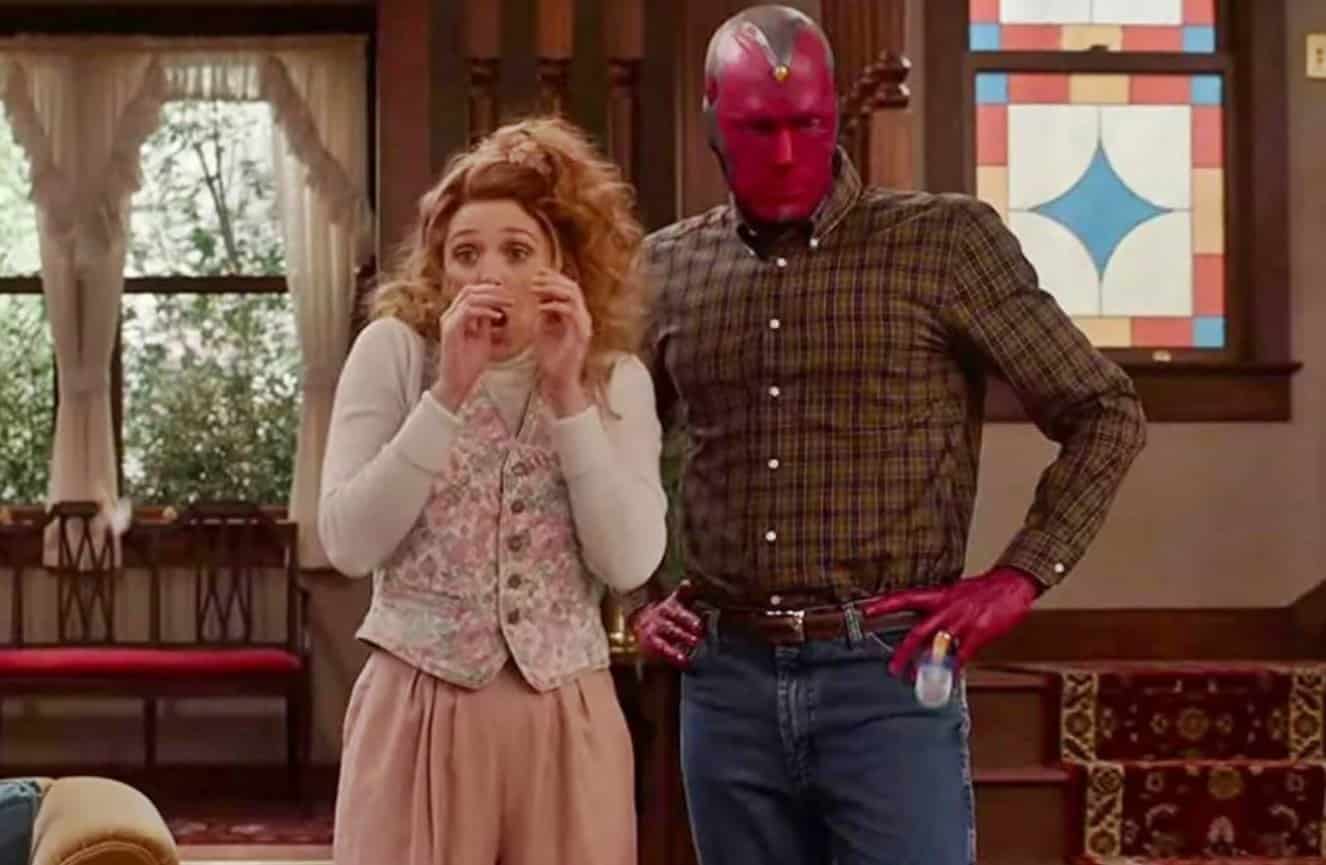 After a massive restructuring due to the unforeseen shut down from the COVID-19 global pandemic, the Marvel Cinematic Universe is primed to kick off its Phase 4 in just eight weeks with the release of WandaVision on the Disney Plus streaming service. This series will be like nothing we have ever seen before in the MCU, with mind-bending plot points and reality warping tendencies, all based around classic sitcoms from various decades. As the show winds up its press run building up to the premiere, some of the interviews are getting to be just as bonkers as the series is meant to be!

Paul Bettany took part in an interview with Josh Harowitz on Stir Crazy via the Comedy Central YouTube Channel and the questions took a NSFW turn. Firstly, when asked if there would be any nudity in the show, Bettany answered simply with:

This is to be expected with the MCU’s PG-13 stance. Then, as the conversation turned to sex, and whether Vision is ‘active’ or not (considering his non-human nature), Bettany replied:

“Whether he does or doesn’t, Vision can change his density, so there’s that.”

Finally, Paul was asked directly about Vision’s penis, to which he said,

The full interview is hilarious to watch, and Bettany is always game to have some fun. It is also great to see just how much Paul loves this series and where his character is going from here. One thing that is definitely unclear is whether Vision will live on after the series.

We do know that his death in Avengers: Infinity War had a tremendous toll on Wanda, and that this bubble reality seemingly creates brings him back from the dead. But is it permanent? Will Vision survive whatever happens in this series? Or does his death, for a second time, push Wanda over the edge and lead to her possibly villainous turn that will be explored in Doctor Strange in the Multiverse of Madness?

Remember – Elizabeth Olsen has been confirmed for that sequel, but not Paul Bettany.

We’ll just have to wait and see what happens when WandaVision hits Disney Plus on January 15th, 2021.