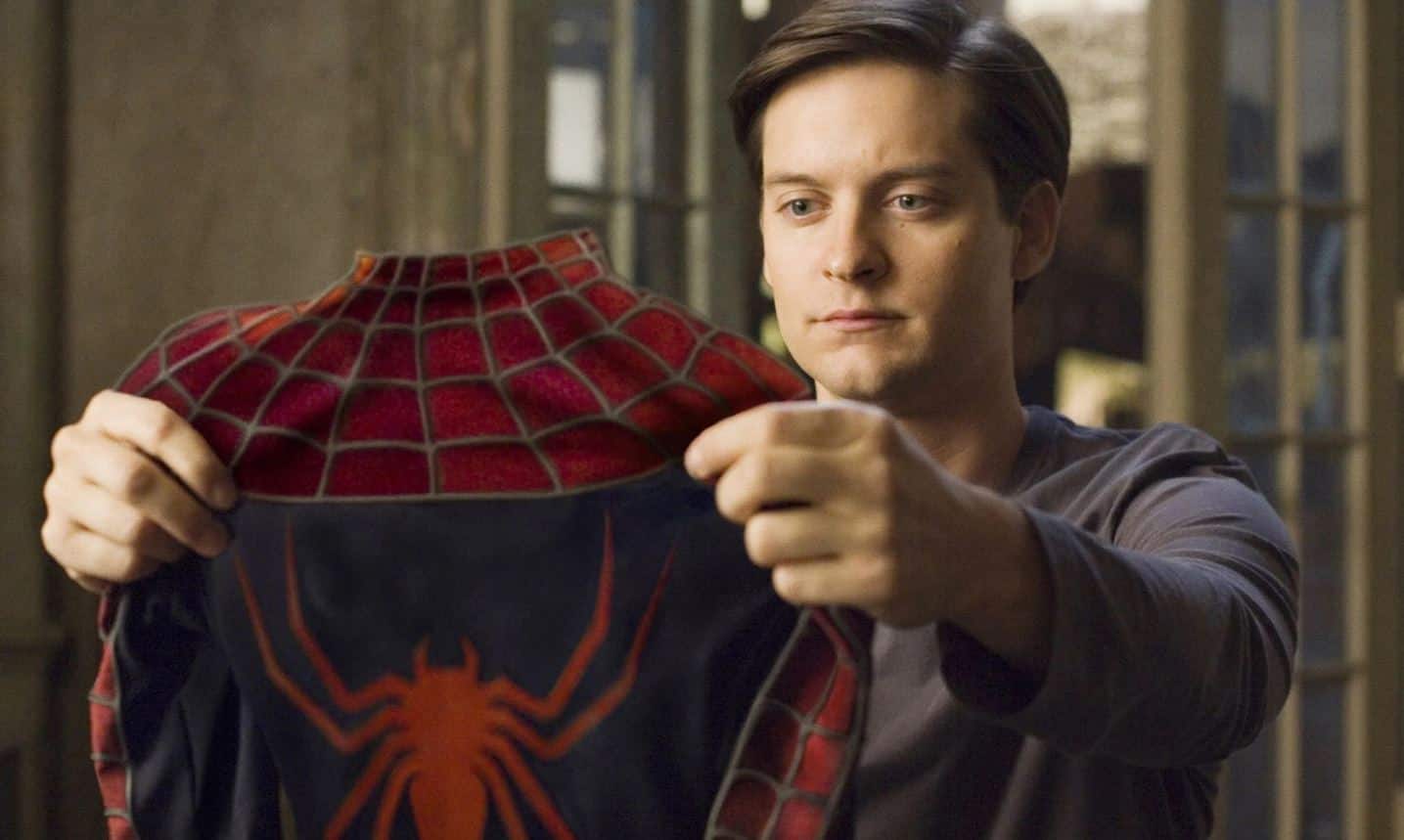 Earlier this week, Spider-Man 3 casting news and rumors have Marvel fans everywhere talking about the upcoming film. It’s been reported that Andrew Garfield has signed on to return as Peter Parker, and it’s also been reported that Tobey Maguire is in talks to return as well. Other cast members have been rumored/confirmed as well, such as Alfred Molina’s Doctor Octopus, Kirsten Dunst’s Mary Jane Watson, Emma Stone’s Gwen Stacy, Jamie Foxx’s Electro, and even Charlie Cox’s Daredevil. Something that is definitely going to add fuel to the fire of speculation are some new photos that were just taken of Tobey Maguire – where he apparently was at a costume fitting.

Now, it should be noted that Maguire has the upcoming film Babylon on his schedule, but, as JustJared points out, the actor likely isn’t filming that yet. With all of the rumors and reports flying around this week, added on with the fact that Spider-Man 3 is currently filming, it will be assumed that the former Spider-Man actor is getting fitted for a costume in the film.

Tobey Maguire was spotted arriving at a costume shop this morning amid the rumors of him joining the #SpiderMan3 cast – see the new photos! https://t.co/RLpNB4dH1z

We last saw Tobey Maguire as Peter Parker/Spider-Man in Sam Raimi’s Spider-Man 3 – which wasn’t received well by fans or critics. The movie left such a sour taste in everyone’s mouth that Sony decided to just reboot the franchise completely and gave us The Amazing Spider-Man films with Andrew Garfield. Those movies under-performed at the box office – leading Sony to make a deal with Marvel Studios, which rebooted the character again – and gave us Tom Holland as Spider-Man.

Seeing all of the characters together in live-action Spider-Verse movie only seemed like fan fiction that would never actually happen – but it appears that Sony/Marvel are listening to what the fans want, and after the success of Spider-Man: Into The Spider-Verse, it definitely makes sense that they’d want to try this route. It’ll be interesting to see how the film turns out.

The currently untitled Spider-Man movie is scheduled to hit theaters on December 17th, 2021.