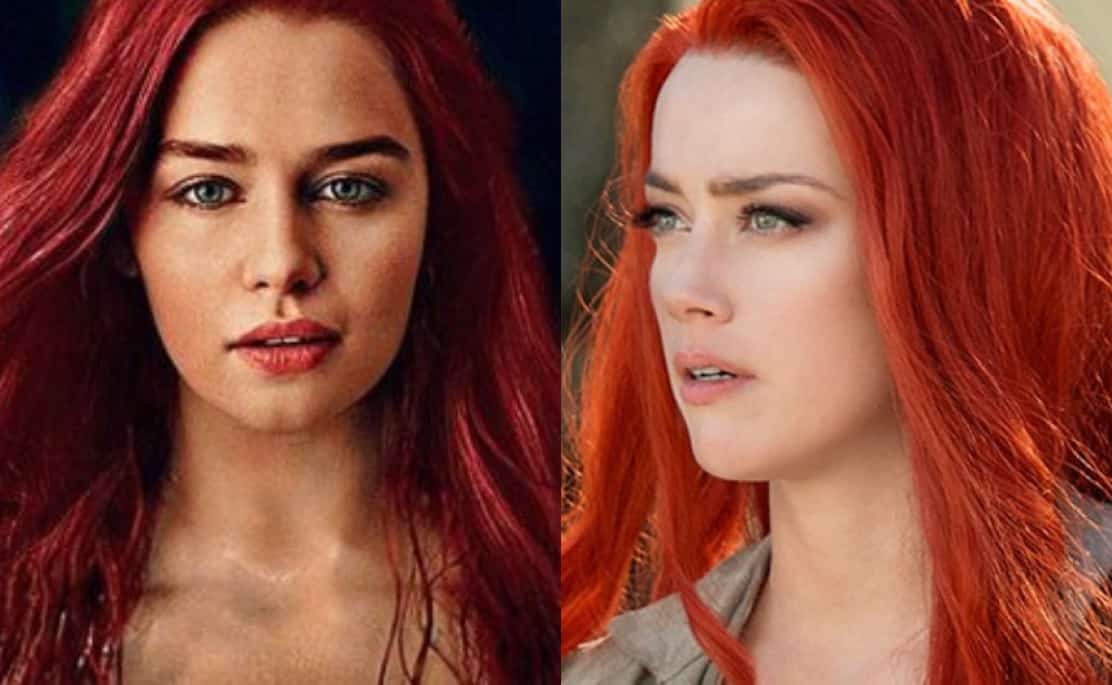 An incredible piece of fan-art has given a glimpse at what Game of Thrones’ Emilia Clarke could look like as Aquaman’s Mera. The role is currently played by Amber Heard – however, many fans have been calling for her to be replaced in the sequel to the 2018 blockbuster. While Heard has confirmed she’s still due to return for Aquaman 2, that hasn’t stopped fans from speculating who could play Mera.

One of the names that has gotten suggested a lot is Game of Thrones’ Emilia Clarke. Instagram user @jph_photoshop recently shared a glimpse what it could look like if Clarke were to play the role — and it looks like she’d fit right in in Atlantis. The image shows the actress with Mera’s signature red hair, wearing the same green Atlantean outfit that was worn by Heard in the original film. Fans flooded the comments with praise for the image, with many of them wishing that Clarke could play the role.

There was also this fan art revealed back in June:

Take a look at these 2 amazing pieces of fanart that show what #EmiliaClarke and/ or #BlakeLively would look like if cast as #Mera in #Aquaman2. these artworks r incredible and they help show that either 1 of these actresses would be great in the role #RecastMera #FireAmberHeard pic.twitter.com/Tvk8fakX2z

Following Johnny Depp’s exit from the Fantastic Beasts franchise in November this year, a petition was started to have Heard removed from Aquaman 2. It has gotten more than a million signatures since it was first started. However, it looks like Heard is still due to return for Aquaman 2.

The actress recently spoke about how she was “excited to get started” work on Aquaman 2, as well as her hopes that production will get underway soon. She also seemingly responded to the petition, and the calls for her to be removed from the role in general, adding: “Paid rumors and paid campaigns on social media don’t dictate [casting decisions] because they have no basis in reality.Only the fans actually made Aquaman and Aquaman 2 happen. I’m excited to get started next year.”