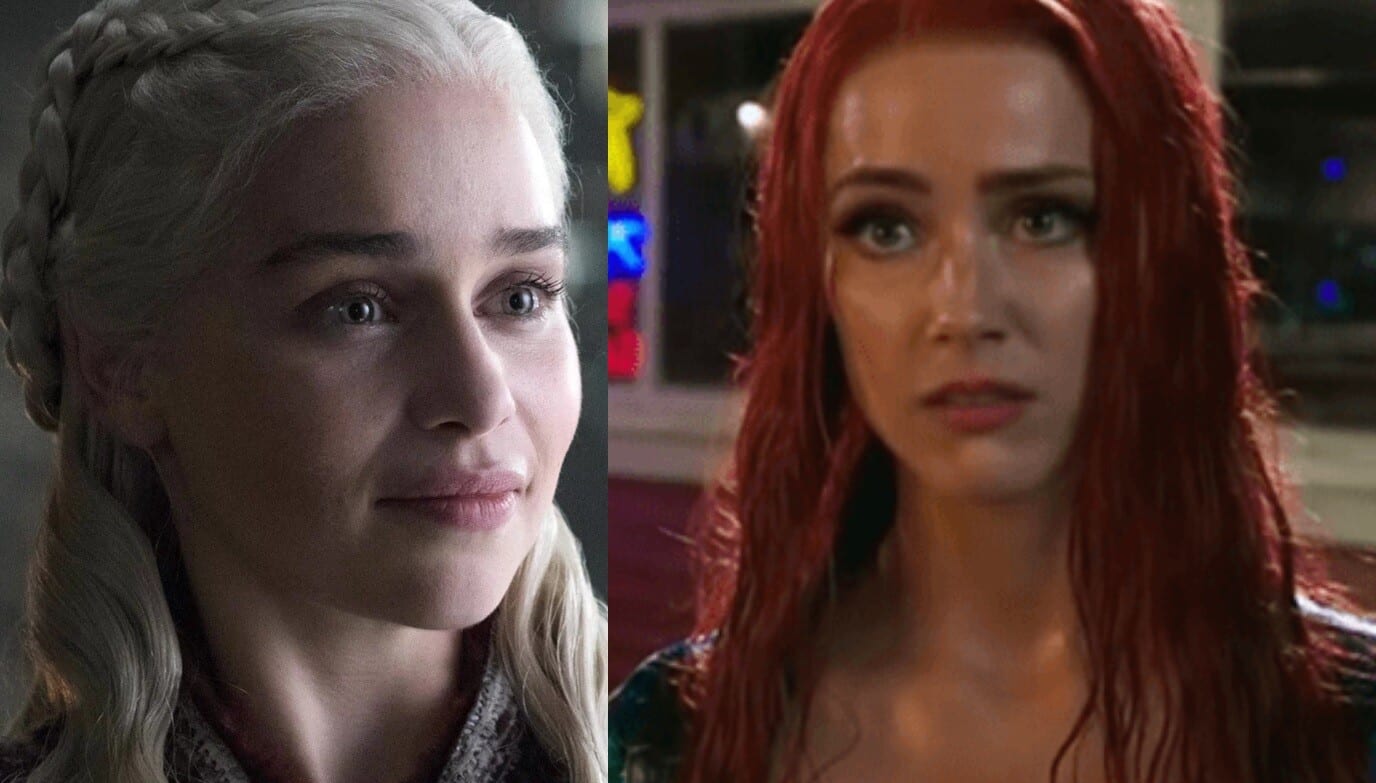 Although things aren’t entirely clear on the subject, actress Amber Heard has become the target for a variety of petitions following a defamation lawsuit filed by her ex-husband Johnny Depp. The two have been calling one another out for alleged reports of domestic abuse, many of which have recently sought out Amber Heard as the surprising abuser. As such, petitions have been made to see her not only removed from the production of Aquaman 2 but also her position as spokesperson for L’Oreal. While it doesn’t seem likely that the petitions will hold any effect over Warner Bros. or L’Oreal, that hasn’t stopped fans from trying, and now a new petition has popped up. The latest petitions states that not only should Amber Heard be fired from the production of Aquaman 2, but that actress Emilia Clarke should take her place as Mera.

While the petition is still in its early stages, with nearly 100 signatures at the time of this writing, there’s no telling how far the support for actor Johnny Depp will take it. And considering things haven’t exactly been looking good for actress Amber Heard throughout these legal issues, it wouldn’t be surprising if it blows up as big as the initial petition to see Heard removed from the production of Aquaman 2.

Here’s what the petition to see Emilia Clarke placed as Mera in Aquaman 2 is currently described with:

“Amber heard should be replaced by Emilia Clarke as Mera, Amber heard has falsely accused Johnny Depp of abusing her when it turns out she is the abuser herself I feel like if she stays on the movie/ franchise this will send a bad message, we should not condone any type of abuse if the Aquaman writers brought awareness to the polution in the water and how our sea animals die, then why would they keep an abuser?”

The petition’s description then continues by explaining why Emilia Clarke would make a better Mera.

“Amber should be punished accordingly, as for Emilia she has much better chemistry with Jason plus they are comfortable with one another, Emilia is also a fan/people favourite they will be good publicity for the movie since everyone loves Emilia and has had any bad press, she’s amazing warm and caring the kind of person kids can look up to, I don’t think Emilia will just take this as another movie role, I feel like she will take this more seriously than Amber.”

It really is an interesting suggestion, and no doubt one that the thousands who’ve signed the initial petition to have Heard removed from Aquaman 2 will likely agree with. Of course, things are unlikely to change even with the petitions – but there’s still no telling what the future might hold. Especially with the way the lawsuits between Amber Heard and Johnny Depp have been going so far. Maybe Emilia Clarke could get her place in Aquaman 2 after all.