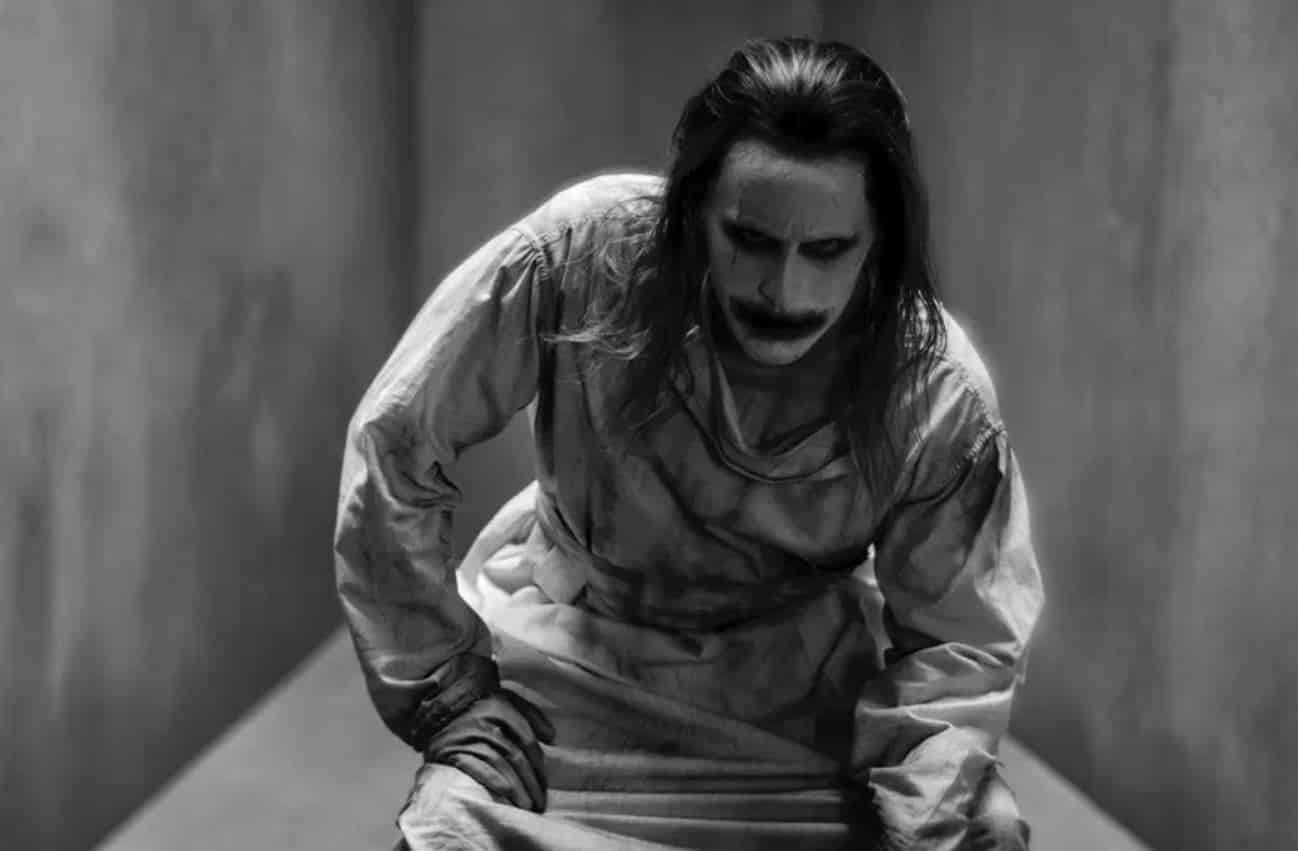 It’s an exciting time for DC fans, as they’ll soon be getting to finally see Zack Snyder’s Justice League next month. The new cut of the film is being released as a four hour long film on HBO Max, and it includes all sorts of footage that was either removed or never shot for the original cut of the film. This new footage also apparently includes Jared Leto as The Joker, and apparently he’ll have a much different look in the Snyder Cut of Justice League.

Many fans had a rather divisive feeling about Jared Leto as The Joker, mostly because his appearance in Suicide Squad consisted of a rather unique gangster-inspired design. Now it looks like Zack Snyder will be dialing things back for his version of Joker. While it’s a bit hard to see the fine details, it’s clear that this new take on Joker will be much more in line with older interpretations of the character. Although he does seem to have carried over the hairstyle from Joaquin Phoenix’s 2019 take on The Joker.

It’s nice to see that this take on The Joker will apparently be an amalgamation of everything that’s worked for the character thus far. Hopefully fans will have warmer reception for Jared Leto this time around as well. And who knows? Perhaps we’ll be seeing his new take on The Joker in further DCEU films if Zack Snyder’s Justice League ends up being a hit with fans. We’ll just have to see what happens next month.

Zack Snyder’s Justice League is scheduled for a release on HBO Max on March 18th, 2021.