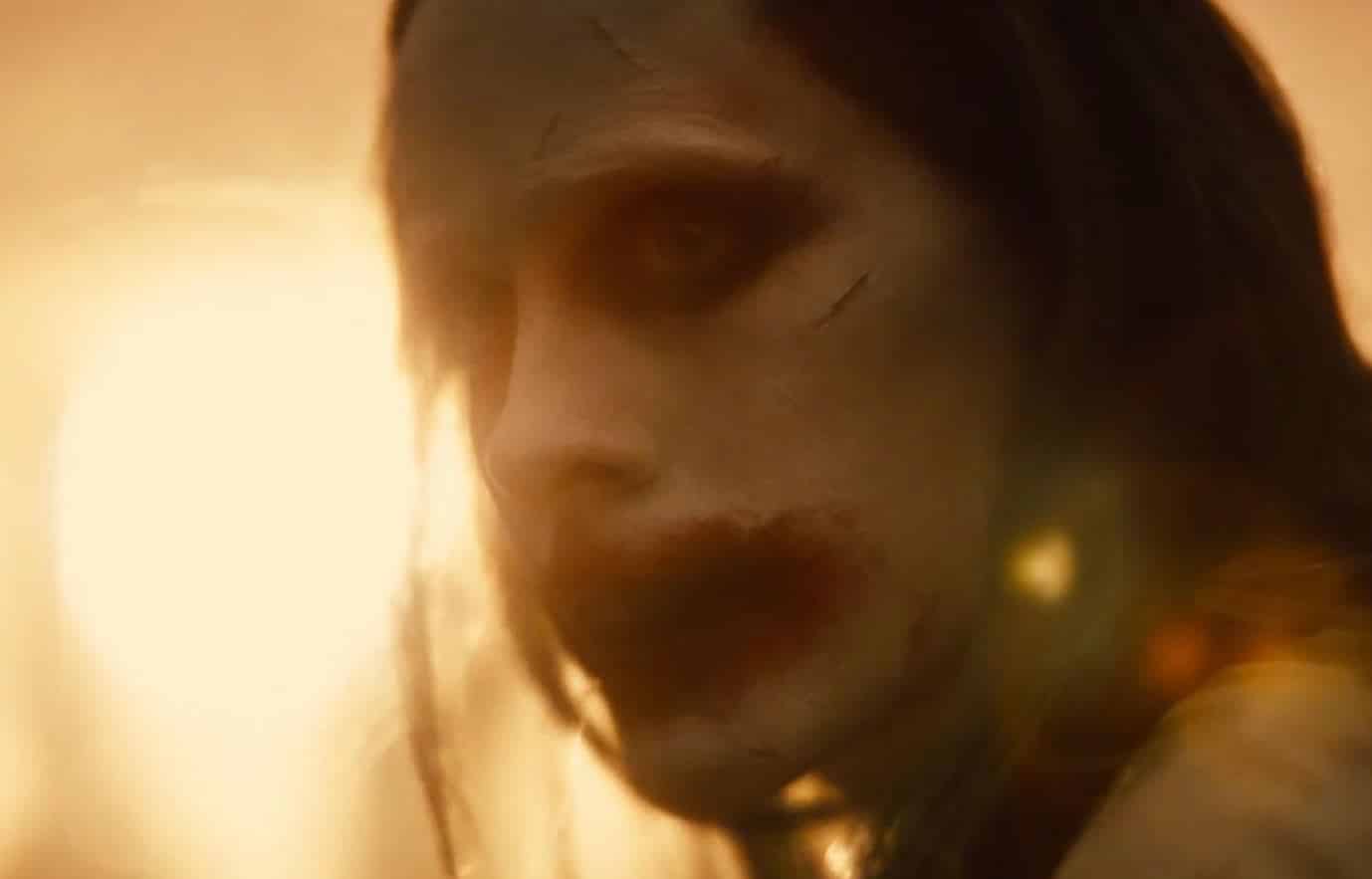 Today is February 14th, and while to many that means flowers, chocolates, and all sorts of romantic endeavors – to others it means that the latest trailer for Zack Snyder’s Justice League has arrived, and it includes an interesting reference to a long running internet meme!

For those of you who are unaware, Zack Snyder’s Justice League is the result of a lengthy fan campaign to restore the original vision of director Zack Snyder after he was removed from his Justice League adaptation in 2017, before being replaced by Joss Whedon. When Whedon’s version was released in late 2017, it was met with a less than stellar reception, which added to the desire to see the film as it was envisioned.

When the Zack Snyder Cut was announced back in May of last year, it was reported that it would include new scenes involving Jared Leto’s divisive take on the Clown Prince of Crime. We were treated to some stills of the character last week which revealed a much more toned down look for the character than we saw in 2016’s Suicide Squad. Now, thanks to the latest trailer, we get a chance to see the character in action – and it definitely has people talking.

That’s right! Zack Snyder has now made the “we live in a society” meme canon! The reference has been doing the rounds on a few years now, often accompanied with an image of The Joker, despite the fact that the character has never stated such a phrase. You can find out more about the phrase here.

The meme made a resurgence in the past couple of years thanks to Joaquin Phoenix’s take on the character in Todd Phillips’ stand-alone film featuring the character. There was even a petition started prior to the films release to have the phrase included which was signed over 58,000 times, sadly to no avail.

But now, Zack Snyder has put that right! With the phrase now being uttered by The Joker to Ben Affleck’s Batman in the closing moments of the new trailer, and already the internet is talking. In fact it’s had such a reception that it was trending only a few places behind the Snyder Cut itself. Check out some of the tweets below.

The Joker says “we live in a society” in the new #SnyderCut ‘Justice League’ movie.#ZackSnydersJusticeLeague

DID SNYDER NOT GET THE MEMO THAT "WE LIVE IN A SOCIETY" WAS AN IRONIC MEME? https://t.co/6lME0HfaOj pic.twitter.com/asdj8VU9CJ

Me when Joker said “We live in a society” #SnyderCut pic.twitter.com/GtsWcc3MeM

ARE YOU KIDDING ME THEY ACTUALLY MADE THE JOKER SAY 'WE LIVE IN A SOCIETY' https://t.co/8fTi73vCcf

You can catch Zack Snyder’s Justice League when it begins streaming on HBO Max from March 18th.