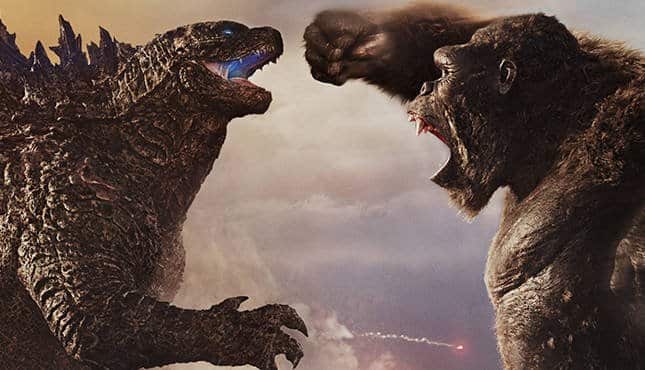 The incredibly long wait for the highly anticipated film Godzilla vs Kong is almost over. As a result, the first fan reactions to Godzilla vs Kong are starting to flood social media. And, for those who’ve been nervous about the quality of the film, the reactions are actually incredibly positive. As such, it looks like this particular entry in the MonsterVerse will assuredly live up to the hype that’s been surrounding it these last few years.

As one might imagine, there are some complaints about the human elements of the film. But the most important aspect here are the battles between Godzilla and Kong. Luckily, this is where the film apparently shines – with most fans celebrating and praising the fight scenes between the two iconic monsters. There is also a lot of support for the lore and world building that the film attempts. You can see some of the reactions to Godzilla vs Kong for yourself down below:

I watched #GodzillavsKong and really enjoyed the monster fights and Kong’s humanity. They delivered big on this. The plot, human characters, and the lore explanations are the weakest in the modern franchise unfortunately but I still want more sequels! pic.twitter.com/D2c1MsmEMF

As expected – and probably as it should be – the titan fights are the best parts of #GodzillaVsKong . Adam Wingard definitely has the eye to make the most of those moments! Still don't think they've nailed how to incorporate human characters, but the top-notch ensemble helps. pic.twitter.com/ttpmNJOElo

I absolutely hated the prior Godzilla movie. So here’s the utmost praise I can give a movie like GODZILLA V. KONG: it is a coherent movie with daytime fights and I could always see what was going on. I truly mean that as a compliment.

GvK lives up to the heavyweight match it advertised with amazing visual effects and action sequences. This movie is selling a spectacle, and that’s exactly what audiences will get.

I got to see #GodzillaVsKong Friday night!

Hilariously, it seems like they’re in a bar fight 😂

Gorgeous VFX and intricate world-building, but many more scenes with “puny hoomans” than I was expecting…

#GodzillaVsKong is one hell of a ride! True, it feels like some stuff is missing &it flys by on a greased rail. But that's part of why I love it so much, in the shadow of the plot heavy KOTM. The fights are epic, and Adam Wingard brings his style & color to the MonsterVerse. pic.twitter.com/NjnVusQCrr

#GodzillavsKong is another solid MonsterVerse installment. While more time could have been used to explore this franchise’s deeper mythology, if you’re chiefly looking forward to seeing Godzilla and King Kong collide in a fight for the ages, you won’t be disappointed! pic.twitter.com/ajR7UW0Cre

The human scenes are exactly what you expect and not worth talking about.

The #Godzilla and #Kong stuff is why you pay to see this movie on an @IMAX screen. They each have scenes that showcase their power and the 3rd act is awesome. pic.twitter.com/NaOvVqJF4f

Godzilla vs. Kong: Way better than Godzilla: King of the Monsters. All of the human stuff is still bad, but the big monster action in this one should satisfy the people who are interested in a movie like this.

#GodzillaVsKong is breathtaking, out of this world, and easily the best in the series! The heart of the story is Kong, and the human story complements the monsters' adventures, allowing them to shine. Just seeing the two iconic monsters battling each other is worth it alone. pic.twitter.com/cHEe1f579M

As for the plot of the new movie…

“Legends collide as these mythic adversaries meet in a spectacular battle for the ages, with the fate of the world hanging in the balance. Kong and his protectors undertake a perilous journey to find his true home, and with them is Jia, a young orphaned girl with whom he has formed a unique and powerful bond. But they unexpectedly find themselves in the path of an enraged Godzilla, cutting a swath of destruction across the globe. The epic clash between the two titans—instigated by unseen forces—is only the beginning of the mystery that lies deep within the core of the Earth.”

Godzilla vs Kong will be available in theaters and on HBO Max beginning this March 31.