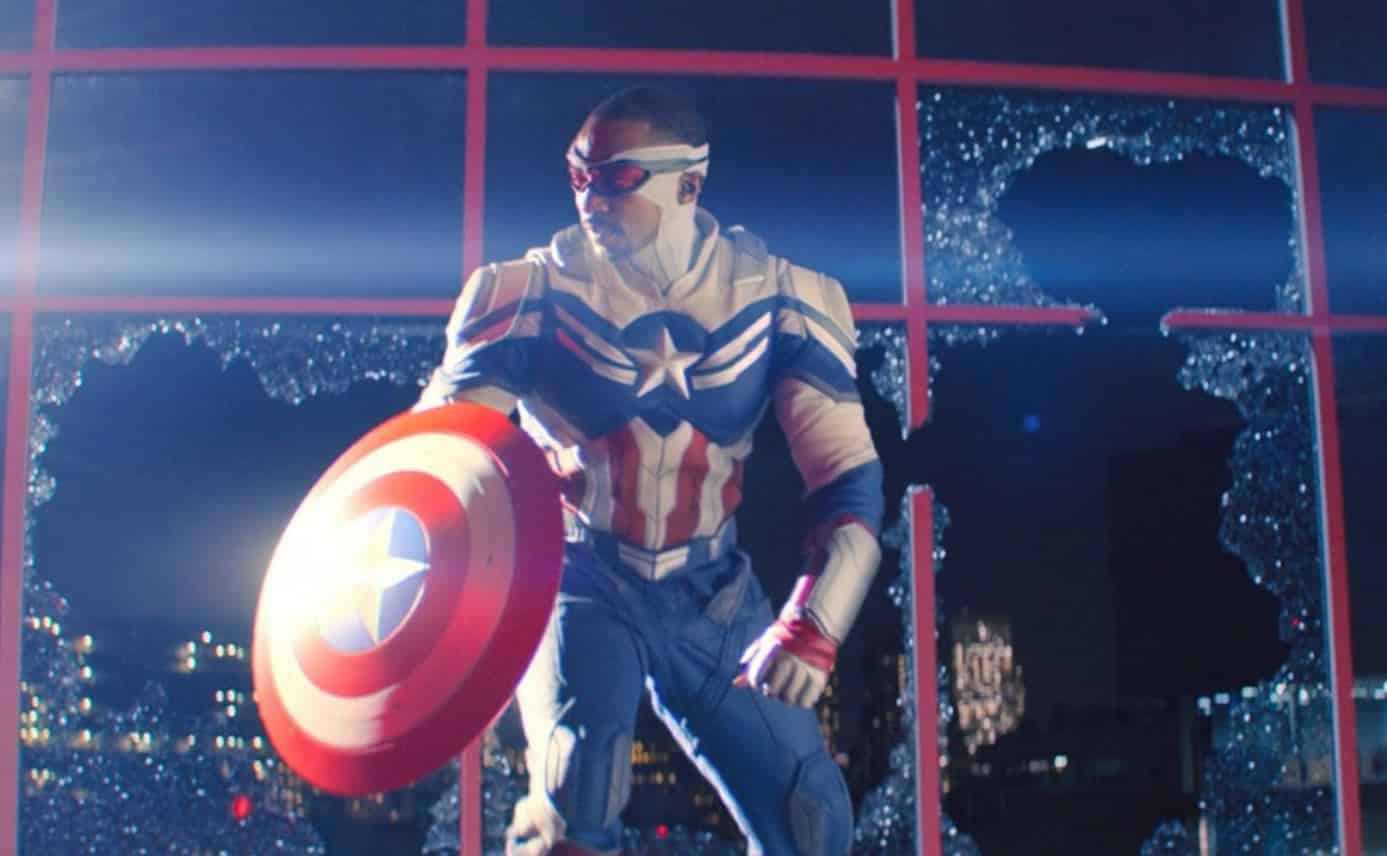 After the conclusion of WandaVision, fans were excited to see Sam and Bucky’s story take shape next in The Falcon and The Winter Soldier. The massive Disney Plus series just wrapped up its sixth episode, and the conclusion gave fans something they’ve been waiting for this entire time. We finally got to see Sam Wilson as the new Captain America. It’s been a bit of a long time coming, but seeing the new Captain America suit certainly made the whole ordeal worth waiting for – and now fans are reacting all across social media. And when you consider Sam Wilson’s introduction as Captain America, following the scene where he threw his shield into a window to hit a Flag-Smasher and then proceeded to catch it, it isn’t hard to wonder why fans are excited.

Here are just some of the reactions that are going on right now to the new Captain America suit and the finale of The Falcon and The Winter Soldier:

THERE HE IIIISSSSS! CAPTAIN AMERICA!! That's what I call an entrance. #FalconAndWinterSoldierFinale

The excitement continues in even more tweets, and again, it isn’t hard to wonder why. Sam Wilson certainly proved that he’s earned the title of being Captain America. He doesn’t just have the looks, thanks to the awesome and comic-accurate suit, but he’s certainly proven to have the heroism needed in order to become the next Captain America. As you can continue to see in some of the following reactions:

OMG THAT ENTRANCE YES THAT MY CAPTAIN AMERICA #TheFalconAndTheWinterSoldier #SamWilson

Sam Wilson certainly went through a lot to get to this point. After all, while Steve Rogers handed him the shield in Avengers: Endgame, it certainly proved to take much more than that to become the next Captain America. It isn’t something you’re merely given. It is a title that you have to earn through hard work and true heroism. But throughout these six episodes of The Falcon and The Winter Soldier, Sam Wilson certainly proved that he was the right man for the job. It’s going to be exciting seeing where this new role takes Sam Wilson next in the Marvel Cinematic Universe.