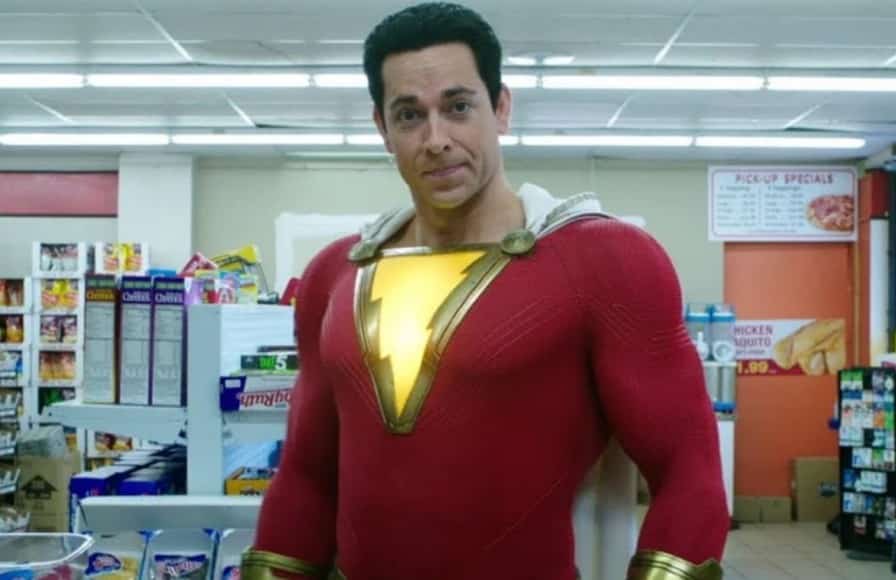 One of the most surprisingly successful DCEU films from the last few years has been Shazam. The movie was very well received, especially for its more bright and colorful nature compared to certain other DC properties. As such, it shouldn’t be any surprise that Shazam 2 was soon announced. The new film, titled Shazam! Fury of the Gods, is currently in production. And, as you can see down below, actor Zachary Levi’s new costume has been revealed in a series of Shazam 2 set photos – as well as a new video posted by David F. Sandberg.

The photos, which have arrived via Just Jared, are actually the first time fans are getting to see Zachary Levi back in costume as Shazam since production started. While it’s still visibly the same character and style of appearance, the outfit is slightly different than how it appeared in the past film. This new take on the costume appears to be much more detailed. The fabric has a finer amount of color, bits of silver, and even different gauntlets are attached. What’s more, there doesn’t appear to be padding like there was in the first film’s costume – something which was considered controversial by critical fans at one point. What’s more, it appears that the character is missing his cape as well.

Zachary Levi is back in action as Shazam! and he's got a new superhero suit for filming on #ShazamFuryOfTheGods ⚡️ (Photo via @JustJared)

Of course, Shazam 2 is still in the beginning stages of production – so much of this costume could be altered during post production on the upcoming sequel. This includes the missing cape, which could be added digitally or simply wasn’t attached for this particular moment in time. As such, we shouldn’t expect this to be a truly final look for the character in the new film – but it definitely indicates that there will be changes compared to how he looked in the first film.

David F. Sandberg, director of the first Shazam film, will return to direct the sequel. The script was written by Henry Gayden.

The new superhero sequel is scheduled for a release date on June 2, 2023.