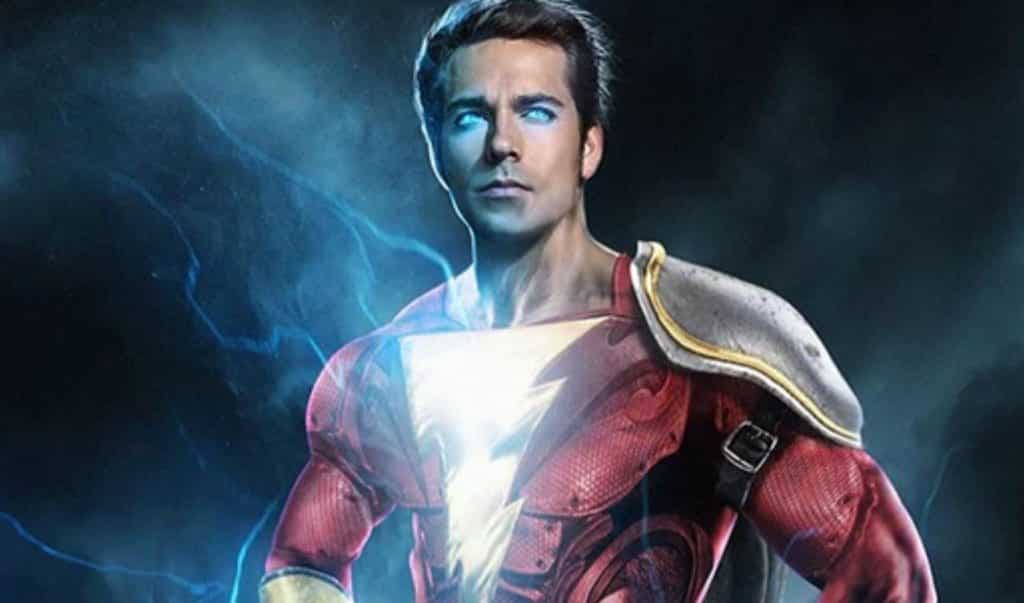 Shazam! is an upcoming movie set in the DC Extended Universe (we think that’s what it’s called?!) so you should probably expect fans to be picky about everything. After all, this is a comic book movie. Zachary Levi has been spotted in various different set photos in costume, and while it’s hard to gauge what the suit will look like without post-production editing, we have a good idea. Personally, I think it’s good to wait to see the finished product. Some fans, however, aren’t as forgiving.

In a recent Q & A session on Instagram, Levi was asked “Why the crap suit?” to which he responded:

“‘Why the crap suit?’ WOW! Okay, well I don’t think it’s a crap suit. I think my suit is f—in’ bomb, to be perfectly honest. I know that there hasn’t been an officially released photo yet, but there have been incredibly high quality photos that have been released. And I think any of you people out there who are still hung up on what the suit looks like are just wanting to be angry for angry’s sake. I think you’re very insecure, you probably are dealing with some stuff in your own life, and you feel a little powerless, and I’m sorry that you do. Wherever you’re at and whatever you’re going through, I’m sorry that you’re going through that.”

“But, I do think you should probably take a second and reflect on why you’re as negative as you are about maybe anything in life, and then re-look at the suit and go, ‘Actually hey, you know what? They’re trying really hard to make something that’s awesome and that pleases a lot of different people,’ because Captain Marvel’s been around for a really long time and has had a whole bunch of different iterations of suits. So, you can’t win ’em all, but you can at least hope that people will give you a fair shake. For any of you out there that still don’t think you’ve been given a fair shake, and don’t wanna give us a fair shake, well then, sucks to your assmar, I don’t know what to tell you.”

You can check out the video for yourselves below:

Zac just killed the ones who keep trashing the shazam suit. “I think my suit is fucking bomb” I FUCKING ADORE HIM!!!!! pic.twitter.com/wv0UHxcl7O

I think we can all agree – people can be pretty annoying sometimes. It’s also not the first time Levi has responded to a troll.

What do you think of the Shazam! suit? Are you looking forward to the upcoming movie? Be sure to tell us all of your thoughts in the comments!