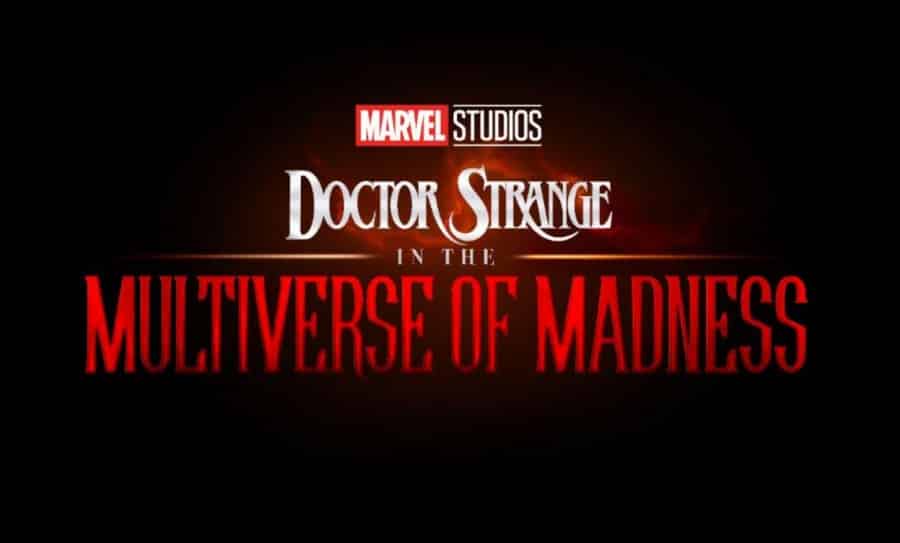 With Doctor Strange in the Multiverse of Madness in the midst of production, we’ve been getting small drizzles of information along the way. Aside from a variety of potential plot details, we’ve gotten our first official glimpse at the new costumes that will presumably be featured in the upcoming sequel. While it’s not exactly an official poster, it is an official piece of promotional artwork that was gifted to the cast and crew that worked on the film. You can clearly see all four Doctor Strange in the Multiverse of Madness protagonists, including their new costumes.

As revealed below, the four protagonists include Doctor Strange, Scarlet Witch, Wong, and new character America Chavez. It’s been expected that America Chavez is the reason the group will be traveling throughout the Multiverse, and the star-shaped portals featured on the new artwork seem to confirm this. It could also potentially confirm a past rumor, which suggested that the main villain of the film would be Shuma-Gorath – an eldritch entity interested in America Chavez and her powers.

Happy Friday! Here's a piece of official art from #DoctorStrangeInTheMultiverseOfMadness, given as a gift to the cast and crew…. pic.twitter.com/OjNCDdEdoo

Happy Friday! Here's a piece of official art from #DoctorStrangeInTheMultiverseOfMadness, given as a gift to the cast and crew…. pic.twitter.com/OjNCDdEdoo

Of course, the final costumes in the new film could look different than how they’re depicted on this artwork. But more likely than not, these costumes are an accurate illustration of what’s to come in Doctor Strange in the Multiverse of Madness. As such, we’ll probably be seeing more official glimpses at the film now that shooting is completed and post-production can begin. It’ll definitely be an exciting film to keep track of.

The film is directed by Sam Raimi from a screenplay written by Michael Waldron. Sam Raimi is an interesting choice as director, as he not only directed Sony’s first live-action Spider-Man trilogy, but he’s also a true master of the horror genre. And considering the horror themes that have been teased for Multiverse of Madness, this should be an amazing combination.

Audiences will be able to see the highly anticipated sequel, Doctor Strange in the Multiverse of Madness, when it hits theaters on March 25, 2022.