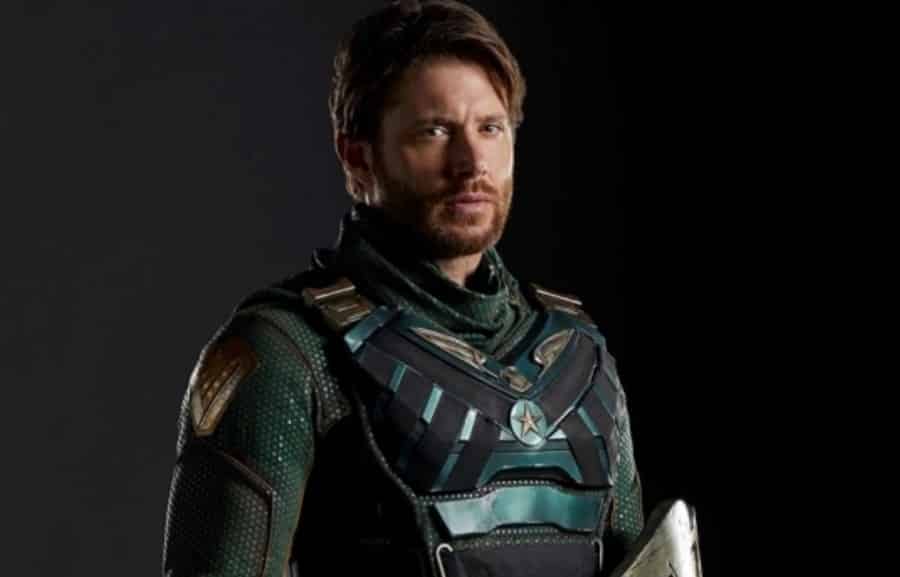 A character from the comic book series The Boys is being introduced into Amazon’s live-action series of the same name. This character is none other than Soldier Boy, an individual inspired by the Marvel superhero Captain America. Actor Jensen Ackles is playing Soldier Boy, and as you can see below, some new photos have been released which show off Jensen Ackles in his new Soldier Boy look.

Showrunner Eric Kripke took the opportunity of sharing the new look via his Twitter account, where he also added the following appropriate caption:

“You win! Here! You can quit clogging my notifications! This is one of my very favorite suits, designed by the genius @ljsupersuits. If you like this, wait till you see @JensenAckles in action.”

You win! Here! You can quit clogging my notifications! This is one of my very favorite suits, designed by the genius @ljsupersuits. If you like this, wait till you see @JensenAckles in action.#SoldierBoy #TheBoys #TheBoysTV @TheBoysTV @VoughtIntl @PrimeVideo @SPTV #SPNFamily pic.twitter.com/scz4ZGDrVd

The character Soldier Boy, similar to Captain America, is considered “the original superhero” in the universe of The Boys. As such, it’ll be interesting to see how his character fits in with the live-action incarnation of the series throughout the third season. Odds are, there will be plenty of blood and violence involved. It’s perhaps also worth noting that showrunner Eric Kripke previously worked with Jensen Ackles on the series Supernatural, which recently ended after debuting way back in 2005. As such, seeing Ackles work once again with Kripke in such a new and different series will be a true delight for all of the different fans involved. Hopefully we’ll see more of what the two have cooked up together in the near future. And, as Kripke noted, see Jensen Ackles in action.

The Amazon series The Boys comes from showrunner Eric Kripke alongside Seth Rogen and Evan Goldberg. The original comic book series of the same name were created by Garth Ennis and Darick Robertson. Stay tuned to ScreenGeek for updates on The Boys and its upcoming third season as we have them.

Continue Reading
You may also like...
Related Topics:Jensen Ackles, The Boys