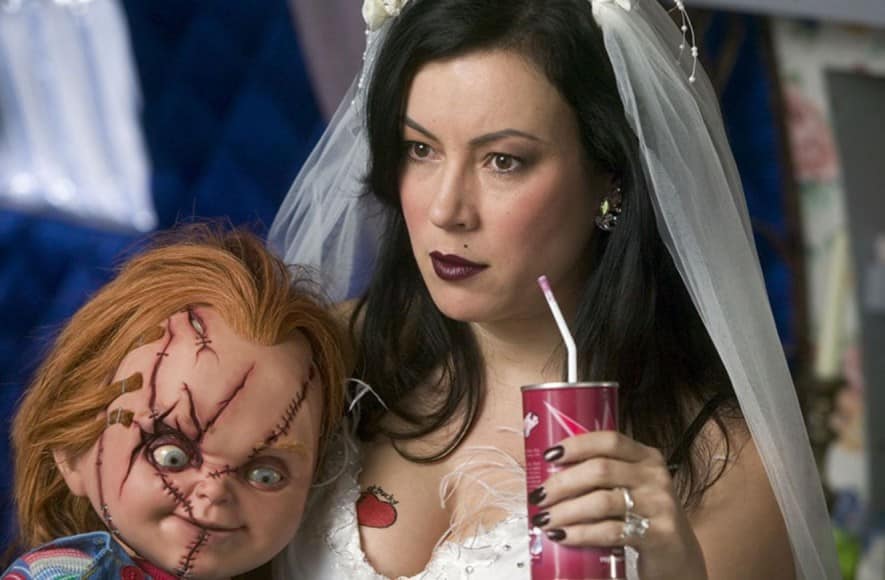 While we wait for the latest installment of the Child’s Play franchise, a TV series titled Chucky that’s currently filming, two new teasers have been released. While they don’t quite reveal much about the series, they do feature the return of Brad Dourif and Jennifer Tilly – or, at the very least, their voices. And it goes to show just how much life these two really give both Chucky and Tiffany.

As you can see below, the Chucky teasers were shared via Don Mancini himself on Twitter:

With filming on the series still currently underway, it’s unclear when exactly we’ll be getting to see more of the show. But considering that the release date for the Chucky series is scheduled for this fall, it shouldn’t be too much longer of a wait. Especially now that they’ve released these teasers. One can only hope that we’ll be seeing a proper trailer to tease the return of Chucky, Tiffany, and all the other beloved returning Child’s Play characters very soon.

As for the plot of this new series, which takes things into a new direction following the events of Cult of Chucky…

“In the television series, after a vintage Chucky doll turns up at a suburban yard sale, an idyllic American town is thrown into chaos as a series of horrifying murders begin to expose the town’s hypocrisies and secrets. Meanwhile, the arrival of enemies — and allies — from Chucky’s past threatens to expose the truth behind the killings, as well as the demon doll’s untold origins as a seemingly ordinary child who somehow became this notorious monster.”

Audiences can expect the new Chucky series to air on both Syfy and USA this fall.