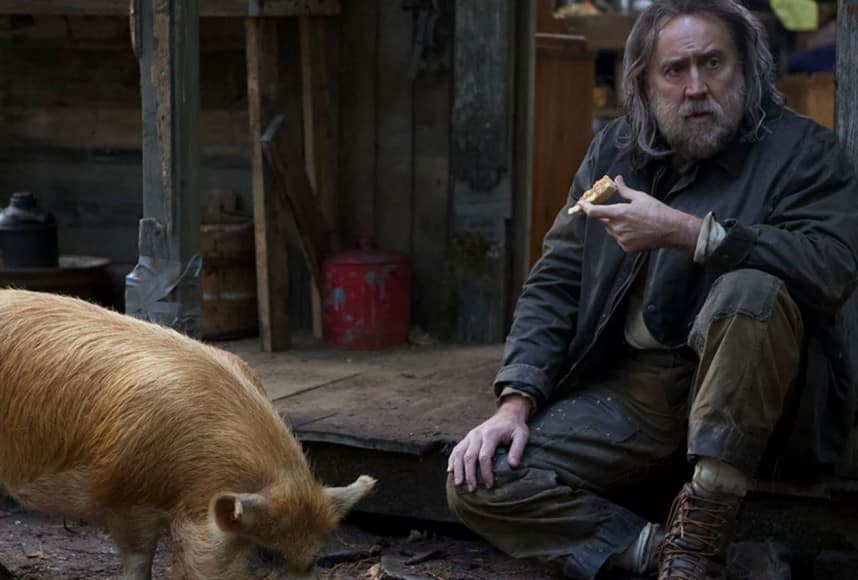 Nicolas Cage is at it again, this time as a truffle hunter in search of his stolen pig. In an interesting change from some of his more recent movies, however, the trailer for Pig shows that Nicolas Cage is giving a more subdued performance this time around. This should definitely make for an exciting change of pace – and really make the scenes where Nicolas Cage presumably gets revenge that much more gratifying. Luckily, we won’t have to wait too much longer to find out – as the film is scheduled for a theatrical release date next month.

In the meantime, here’s the new trailer for Pig down below:

Nicolas Cage is one of the hardest working actors in Hollywood, and this trailer is proof of that. While he’s become more recently well-known for his crazier performances, this movie shows that he’s more than willing to settle down for a more psychological character study. It will be extremely interesting to see how this new film Pig turns out. Especially based on the newly released trailer.

As for the plot of the new film…

“A truffle hunter who lives alone in the Oregonian wilderness must return to his past in Portland in search of his beloved foraging pig after she is kidnapped.”

Audiences can expect to see Pig in theaters on July 16.

Continue Reading
You may also like...
Related Topics:Nicolas Cage, Pig