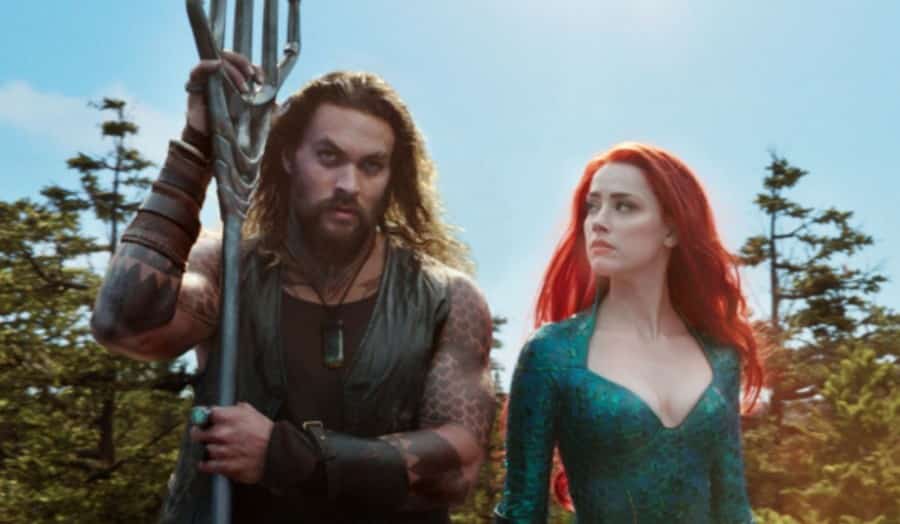 As you can see below, many fans are attempting one last push on social media to see Warner Bros remove Amber Heard from the film’s production. With a petition that’s already gained over 1.85 million signatures as of this writing, they’re certainly not afraid to make noise online about the issue. Whether or not Warner Bros will continue to ignore them, however, is yet to be seen. Nevertheless, you can see some of the posts that Johnny Depp supporters and fans have made online about the matter down below:

This woman is rewarded with a role in a major franchise & a lucrative sideline as an 'activist.' The man she admits to physically abusing on multiple occasions is fired & vilified through the tabloidshttps://t.co/s3j8y9UAH2#JusticeForJohnnyDepp

Cant believe amber heard is still gonna be in aquaman2! @warnerbros im not watching if shes in the movie! Johnny Depp deserves better! You removed him from the fantastic beasts but youre still keeping his abuser! Shame on you! #JusticeForJohnnyDepp

Absolute BS. Johnny Depp gets removed from his future projects because of this whole situation, but Amber Heard is still in Aquaman 2 even though there are mounds of evidence that she is abusing him?
Bullshit. #JusticeForJohnnyDepp ✊

How Amber Heard's happy she killed the Aquaman sequal before it even finished filming. pic.twitter.com/HAV08KKksw

Amber Heard on the set of Aquaman 2

I see a lot of films in the cinema, some even for the hell of it. I just can't see/support a domestic abuser getting a headlining role in #Aquaman2 @wbpictures @warnerbros

It sucks as I like James Wan's work. But fuck this.

Amber Heard is an abuser.

Me if I see a single glimpse of the psychopath abuser Amber Heard on my screen while streaming Aquaman 2 (as I'm not paying to see a film that supports abusers ) #JusticeForJohnnyDepp #FireAmberHeard #AmberHeardandthemagicalbruises #AmberHeardIsAnAbuser #amberhearddidnotdonate pic.twitter.com/U986s7RxVf

#JusticeForJohnnyDepp trending as it should be. Amber Heard needs to be fired. Even if you don’t like Depp, what she did can’t go unpunished

If Amber Heard is still in the new Aquaman movie, you can best believe I’m not watching that shit #JusticeForJohnnyDepp

#JusticeForJohnnyDepp @warnerbros Just telling you, this ain't going away, until you look at the evidence we will not stop and we will not watch another single film that you will make with Amber Heard in it, your Aquaman franchise is gonna go down the drain , same with FBAWTF. pic.twitter.com/FqTDPsdnCS

It definitely seems unlikely that Warner Bros will take any action at this point in time. Especially with Amber Heard’s involvement in the film so far ahead. Of course, stranger things have happened – and fans are eager to give one last push on social media.

The film will once again star actor Jason Momoa as the titular superhero, Aquaman. As of this writing, Amber Heard is still intended to reprise her role as Mera. The cast also includes Patrick Wilson as Ocean Master, Dolph Lundgren as King Nereus, and Yahya Abdul-Mateen II as Black Manta.