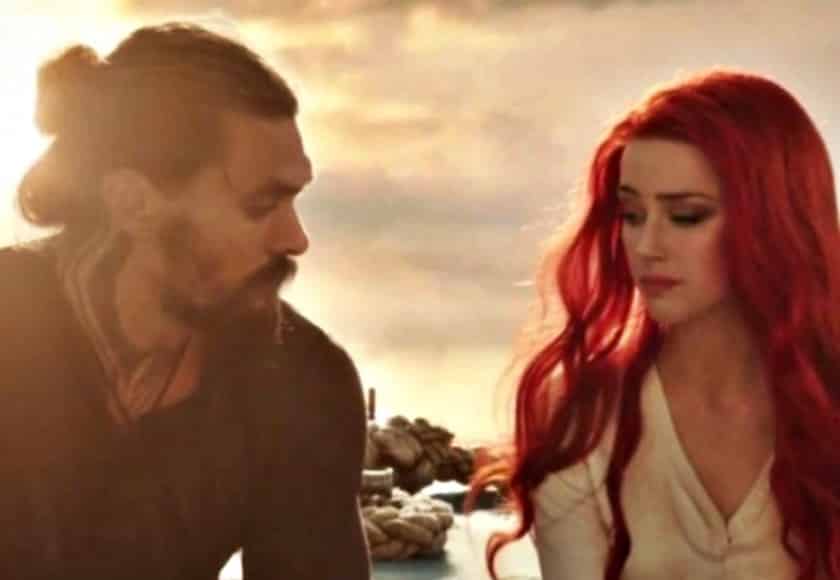 Now that the upcoming Aquaman sequel has been officially titled Aquaman and The Lost Kingdom, fans have been hyping up the highly anticipated superhero film. On the other hand, however, this also reignited the fans that have been upset with Amber Heard being attached to the film. In fact, Amber Heard has once again started trending on Twitter – while the petition to see her removed from the Aquaman sequel has also regained momentum. It hasn’t taken much these days for either Amber Heard or Johnny Depp to go viral on Twitter, but this Aquaman news has clearly reinvigorated the backlash that Amber Heard has received in the past.

It’s a pretty impressive amount of backlash, too. The petition that fans have created in an effort to have Amber Heard removed from the production of Aquaman 2 – now known as Aquaman and The Lost Kingdom – has gathered nearly 1.85 million signatures as of this writing. At this moment, however, the petition hasn’t actually had any impact on Amber Heard or her attachment to the upcoming sequel. Nevertheless, that hasn’t stopped Amber Heard from trending on social media, as you can see below.

I, as well as everyone I know and have spoken to, will not be watching Aquaman 2 if Amber Heard is a part of the project! We are fans but we will not support an abuser! https://t.co/Nq0heBhr42

Aquaman 2 is called "The Lost Kingdom", It's lost alright, lost alot of people because they kept amber heard, to this day I have not watched the first one because of her and now I'll add the second one to that list of to never watch

As much as I would love to watch Aquaman 2, they are yet to fire Amber Heard, so I'll be refusing to watch it until then #AquamanAndTheLostKingdom #Aquaman #JusticeForJohnnyDepp

https://t.co/L8NYrMt1Dr psh @realamberheard "expected 2return" let's pray and hope the Australia investigation makes her not get a visa in return making her unable to film #JusticeForJohnnyDepp #cancelamberheard #boycottaquaman2 if @realamberheard is in it Sorry @PrideOfGypsiesJ

friendly reminder: if amber heard is in #aquaman2 and you pay to watch it, then you are supporting an abuser who lied about donating millions to terminally ill children.

#MeToo is forever damaged to me thanks to liar and abuser Amber Heard.
How can people still defend this monster? pic.twitter.com/77GNaevZoi

Amber Heard is a fraud and kept money that was meant to sick children, she also let her girlfriend set up a go fund me page to pay for cancer treatment and Amber heard is NOT listed as a donor. #FireAmberHeard pic.twitter.com/RDEGiwui7I

Fans are clearly upset about the involvement of Amber Heard in the sequel’s production. While mixed things have been stated about her attachment in the last few months, it does seem to be going smoothly enough that fans will see her once again as Mera. Nevertheless, it’s unknown whether or not fans will boycott if she is cast in the film. After all, there are a hefty amount of signatures – all of which signed because they felt Johnny Depp was treated unfairly when compared to Heard. But in the meantime, it doesn’t look like it’s stopping Amber Heard in the slightest.

The upcoming sequel, Aquaman and The Lost Kingdom, is scheduled for a release on December 16, 2022.