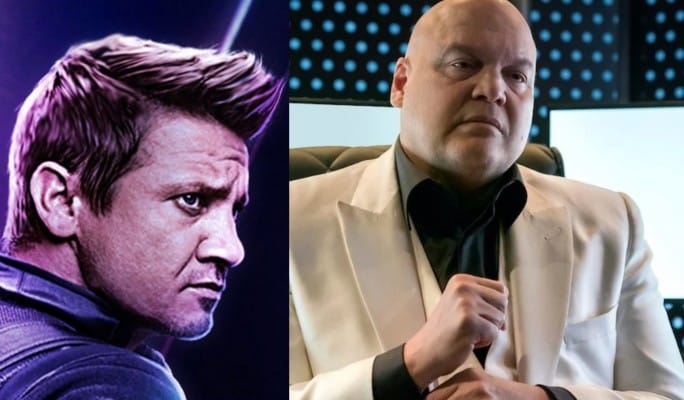 Ever since the season finale of the highly praised Loki series on Disney Plus, the multiverse that has been unleashed upon the Marvel Cinematic Universe has fans throwing out every crazy theory that could possibly have about new characters and returning characters from projects outside if the standard MCU continuity. And, with films like Spider-Man: No Way Home and Doctor Strange in the Multiverse of Madness exploring all the possibilities ahead of us, and new story has come out that could see a popular villain from a Netflix series showing up in the MCU in the upcoming Hawkeye series.

The rumor comes to us from Reddit, so of course take this with a grain of salt,  but it states that Vincent D’Onofrio is set to return as Wilson Fisk/Kingpin in the Disney Plus series. This would mark the second supposed return for a Daredevil star, as Charlie Cox is rumored to have filmed scenes as Matt Murdock for No Way Home. Just like Cox, D’Onofrio is a fan favorite actor as Kingpin. He truly nailed the complexities of the villain and humanized him. The actor himself has stated multiple times that he would love to return as the character and now it looks like he may indeed have the chance. He also added fuel to the fire by recently “liking” a tweet about an article suggesting his return.

The Hawkeye series is already pretty stacked, as we are getting Kate Bishop, Echo, and the returning Yelena from Black Widow. And, considering Clint Barton’s past during the five years of the Snap, Kingpin could have a serious bone to pick with the Avenger.

Again, take this news with a grain of salt for now, but if this is true, its tremendous news. Vincent D’Onofrio pretty much stole the show in the Daredevil series as the villain, growing over the seasons into the crime boss fans know and despise/love from the comics. Before all of these additions, this series was arguably the least anticipated one from the Disney Plus. Now, it could rank up there as one of the most anticipated.

Are you excited to see Kingpin return? Let us know in the comments below!