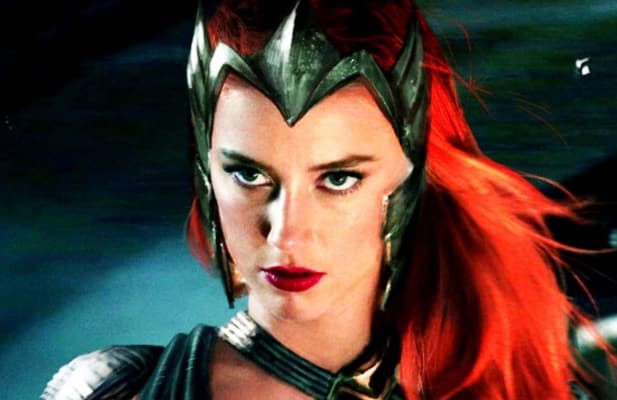 With Aquaman 2, aka Aquaman and the Lost Kingdom, entering production – many fans have been upset that Amber Heard has remained attached to the project. A massive petition to have her removed has gone viral several times, and with Amber Heard still set to star in the film as Mera, fans are eager to know why Warner Bros has declined to respond. Now Aquaman 2 producer Peter Safran has finally responded to the petition.

Here’s what he had to say via Deadline:

“I don’t think we’re ever going to react to, honestly, pure fan pressure. You gotta do what’s best for the movie. We felt that if it’s James Wan, and Jason Momoa, it should be Amber Heard. That’s really what it was. One is not unaware of what is going on in the Twitter-verse, but that doesn’t mean you have to react to it or take it as gospel or accede to their wishes. You have to do what’s right for the film, and that’s really where we landed on it.”

And, with that one response, producer Peter Safran seems to have shot down those still hoping for the Aquaman 2 petition to succeed. Amber Heard will indeed reprise her role as Mera, if only because James Wan and those behind the camera feel it’s what’s best for the upcoming film. Whether or not fans agree, it seems, is irrelevant.

The film will once again star actor Jason Momoa as the titular superhero, Aquaman. The aforementioned Amber Heard will reprise her role as Mera. The cast also includes Patrick Wilson as Ocean Master, Dolph Lundgren as King Nereus, and Yahya Abdul-Mateen II as Black Manta.