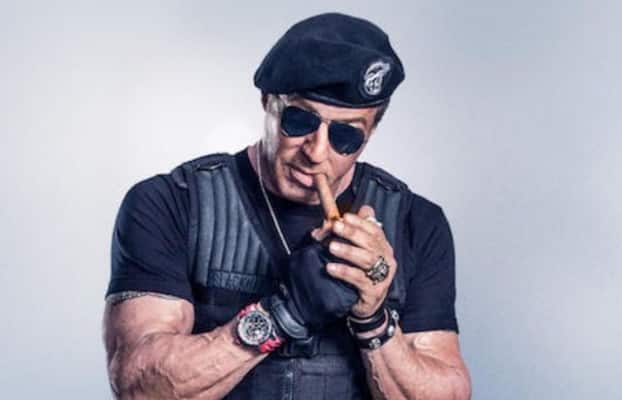 One of the more exciting action franchises to come around in the last decade has been The Expendables, which gathered together quite an impressive cast. The Expendables was followed by two sequels, one in 2012 and another in 2014, and since then the series has mostly remained quiet. However, it appears Sylvester Stallone is preparing to get to work on The Expendables 4 sooner rather than later.

As revealed on Instagram, Sylvester Stallone has a new ring which seems to tease the beginnings of pre-production for the new film. As he wrote in the caption for the image:

“Just finished the designing for the new ring for The Expendables 4. It’s a little heavy, but it’ll definitely put some muscles on your fingertips.”

It looks like fans that were hoping for The Expendables 4 are about to get their wish. This is extremely exciting, and one can only imagine which cast members they’ll group together this time. The existing films have already utilized the talents of the aforementioned Sylvester Stallone, along with Arnold Schwarzenegger, Randy Couture, Jason Statham, Jet Li, Dolph Lundgren, and Terry Crews. Bruce Willis, Jean-Claude Van Damme, Chuck Norris, Wesley Snipes, Steve Austin, Ronda Rousey, and Liam Hemsworth have also all made appearances.

There aren’t any other details available at the moment, but if pre-production is indeed starting – then we should have information like who will be directing or starring soon. We should also know when the project will begin shooting and what exact kind of release date it is they’re aiming for. As such, fans can stay tuned to ScreenGeek for more updates on The Expendables 4 as we have them. In the meantime, fans can keep up with the likes of Sylvester Stallone in some of his other upcoming projects – including James Gunn’s upcoming DC film adaptation The Suicide Squad where Stallone will be lending his voice talents to King Shark.