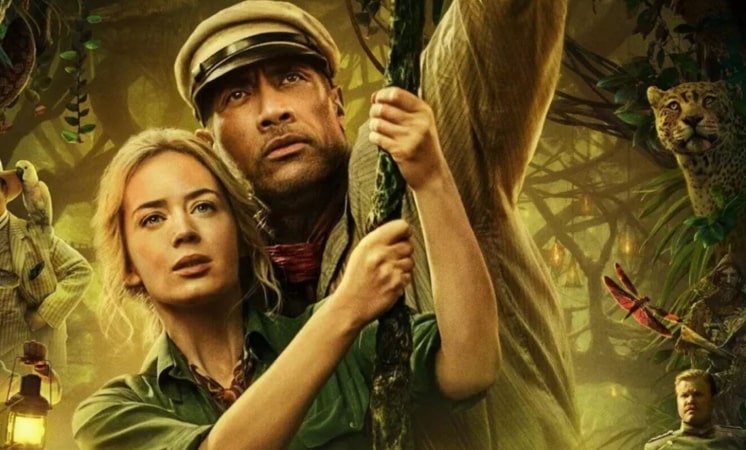 Disney’s Jungle Cruise is a fun and wild ride featuring Dwayne Johnson and Emily Blunt. The two are set to create a successful franchise that could be compared to Disney’s other theme park ride-inspired movie, Pirates of the Caribbean. Much of the movie relies on several of the players featured who needed the right chemistry and comedic timing for a sure way for some entertaining banter.

At a recent virtual event for Jungle Cruise Fandango’s own Nikki Novak went over the behind-the-scenes work to create this summer movie.

The topic of chemistry between Blunt and Johnson came up and the actress responded, “It was instant. It was—we were pals for life immediately.” Blunt continues, “It was like, I knew when we met.  We had this rapport that, like, ping pong back and forth so quickly.”

Johnson has been an actor who seeks out the right movie to star in. Novak brought up the question of what attracted Johnson to Jungle Cruise.

“Well, the script was in a really good place, and I immediately just saw the potential of the opportunity.  And that opportunity was to take a beloved and iconic Disney ride, uh, since 1955 when the park opened,” Johnson answered.

“And that opportunity was to take a beloved and iconic Disney ride since 1955 when the park opened.  This was Walt Disney’s baby.  And there were a lot of elements that I felt comfortable with saying yes, I will come on board, I’ll partner with you guys, and we will develop this thing. “

It’s no secret that improvising during filming can elevate a scene in any movie. Jungle Cruise is in no way excluded from that notion and the cast revealed that there was a “ton” of improvisation going on.

“Yeah, yeah.  I mean, there was a fair amount of improv,” actor Jack Whitehall shared.  “The script was amazing, but then also, we were given the space to kind of improvise and add stuff to it, and these two (Blunt and Johnson) created this environment where we were able to do that and it felt like such a safe space.”