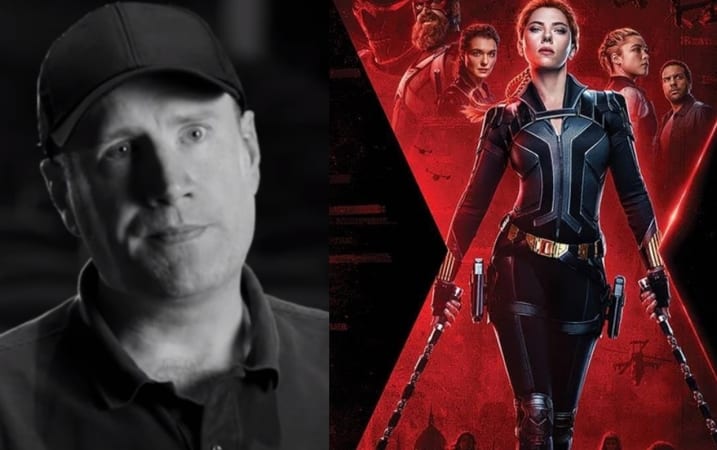 Although the Marvel Cinematic Universe film Black Widow was finally released earlier this month, not everyone is happy. In fact, Black Widow star Scarlett Johansson is actually going to be suing Disney over the film. She believes they violated their contracts by releasing the film on Disney Plus along with the theatrical release. Now it appears Marvel Studios President Kevin Feige is reportedly also upset with Disney about their release strategy for Black Widow.

As claimed by Matthew Belloni in his newsletter titled What I’m Hearing:

“[Feige is] a company man, and not prone to corporate showdowns or shouting matches. But I’m told he’s angry and embarrassed,” Belloni’s newsletter reads in part. “He lobbied Disney against the day-and-date plan for Black Widow, preferring the big screen exclusivity and not wanting to upset his talent. And then when the sh-t hit the fan, the movie started tanking, and Johansson’s team threatened litigation, he wanted Disney to make this right with her. (Disney declined to comment on Feige.)”

Interestingly, Disney has so far been rejecting everyone’s claims. While Johansson’s legal team suggests that Disney is hiding behind COVID-19 as a way to release their films on Disney Plus and benefit themselves, Disney insists their motives are sincere. Nevertheless, it’s easy to see that they’re also upset with the allegations. In their response, they actually revealed that Scarlett Johansson has made $20 million to date by working for them. It’s usually unheard of to disclose such information to the public, so they’re clearly ready for any kind of legal turmoil.

With this in mind, it’ll be interesting to see how the ordeal continues to develop. Especially if Kevin Feige really is upset with Disney over the Black Widow debacle. While the Marvel Cinematic Universe was just starting to find its footing again, this could really impact their plans for the massive franchise. As such, fans can stay tuned to ScreenGeek for updates on these issues as we have them.