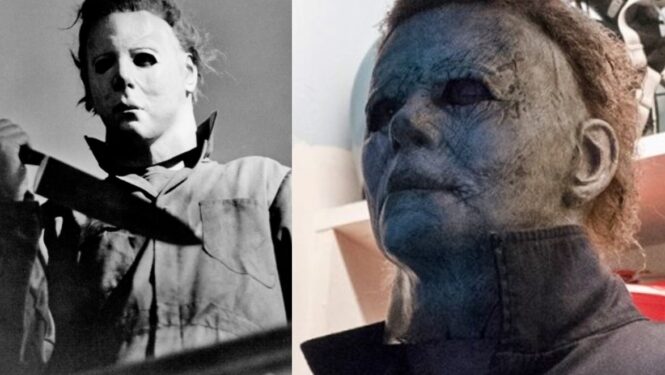 The original 1978 Halloween helped usher in the slasher horror craze of the eighties, giving us some of cinema’s most iconic villains, including Michael Myers. However, the sequels that followed didn’t exactly do the franchise justice and spiral down the drain with each one. That is until the revival of the franchise came in 2018 with David Gordon Green’s Halloween that retconned all the sequels and instead is connected only to the original. But, over the 3 decades that this franchise has existed, many men have been under the inverted William Shatner mask as the killer Myers. The first was Nick Castle and the latest is James Jude Courtney. But, even with a 30 year gap in their performances, a bond has been formed between the two that is great to see.

While speaking at Flashback Weekend in Chicago (via ScreenRant), Courtney discussed how the connection between the two has gone from a simple character connection to a true friendship:

“We are really good friends. We call each other on the phone. I live in the east coast he lives in the west coast. Anytime I get to California I go hang out with Nick. It’s almost like I’ve known him for 50 years, you know what I mean? It’s like one of those things. He’s such a good guy. The man has no ego, and if you look at his filmography and what he’s accomplished in his life, he’s just so talented.”

Courtney hadn’t actually even met Castle until he had already begun filming the role. Castle was actually brought in to film one scene as Myers (he played the Myers that Laurie shot which turned out to be his reflection), paying homage to John Carpenter’s original. It was then that the two met and started a true friendship. A friendship, oddly enough, with a serial killer as its foundation. Regardless, it is a heartwarming tale to come out of the gory horror franchise and one that fans can keep in the back of their minds as they watch the next two films coming from this revitalized trilogy. Halloween Kills, the second film, is coming this October, with the third, Halloween Ends, coming, as of now, in October of 2022.

What do you think of this friendship based around one of horror’s greatest villains? Let us know in the comments below!