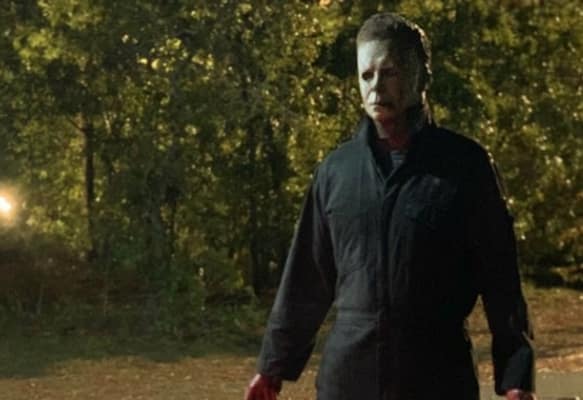 With the upcoming horror film sequel Halloween Kills on the way, fans are finally getting to see more and more glimpses of Michael Myers including the trailer. This newest behind the scenes image shared by producer Ryan Reimann, however, reveals Michael Myers standing in a road with a bloody knife. It’s a solid look at the character’s full form, and he’s definitely looking just as deadly as ever. It appears that the look at Michael Myers was photographed while the film was being shot in October 2019.

As stated by Ryan Freimann in his caption for this new look at Michael Myers:

We’ll likely get to see more looks at the character as the release date for Halloween Kills approaches. It was disappointing when the film was delayed last year, especially for fans that were eager to see the next chapter for Michael Myers. At least these new glimpses are here to confirm that we’re finally going to see Halloween Kills this year.

In the upcoming sequel…

Audiences will be able to see Halloween Kills this year on October 15, 2021.