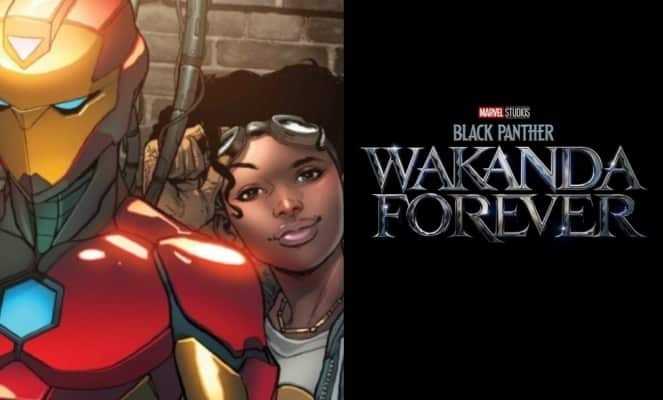 Black Panther: Wakanda Forever is going to be an emotional movie for sure. Due to the very unfortunate, unforeseen and untimely death of the great Chadwick Boseman, Marvel has had to find the best way to honor the late actor and the character he brought to life whilst continuing the story. Part of how they are going to do this is to introduce some new characters. One such character is the rumored Namor the Sub Mariner, one of Marvel’s oldest creations. And now, a new rumor has a future Disney Plus character making an appearance as well.

Not going to write this up because @The_Illuminerdi has already hinted at it but a source I trust has seemingly confirmed their speculation and indicated Riri Williams is set to pop up in #BlackPantherWakandaForever pic.twitter.com/pDV7BavUjh

The GWW’s KC Walsh has stated that a ‘very reliable source’ is stating that Riri Williams, aka Ironheart, will appear in the sequel. No other real details are given but take this with a huge grain of salt for now. It does align with another rumor that part of the film takes place at MIT – and Ironheart in the Marvel Cinematic Universe could be a combination of Stark tech and Wakandan tech. They could even make the character from Wakanda who is studying at MIT, adding to her legacy in the MCU. If true, this would introduce fans to the character before her own series debuts on Disney Plus, helping to establish the character before their own solo outing.

Riri Williams in this film just works. She is an amazing character and the banter between he and Shuri would be incredible. Hopefully, this rumor turns out to be true and Riri will get a big screen debut before her series, helping drive more people to her show on the streaming service. As production begins on Wakanda Forever, hopefully we’ll find out sooner rather than later that Riri is indeed coming to Wakanda.

Do you want to see Riri Williams in Black Panther: Wakanda Forever? Let us know in the comments below!