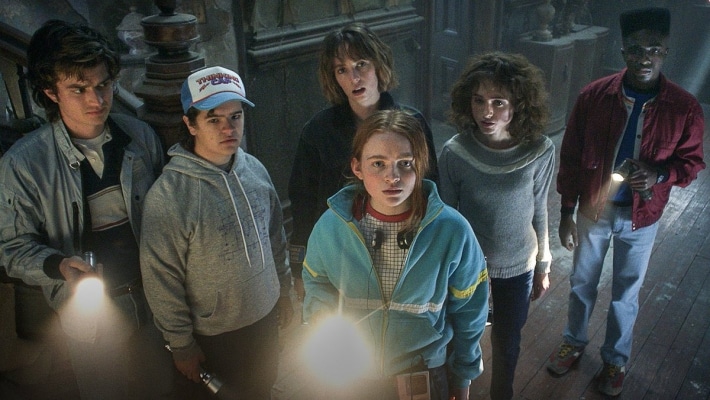 A teaser has been released for Stranger Things Season 4 and it let us know that the highly anticipated season will return in 2022. The pandemic delayed the series from returning, and it will have been almost three years by the time the show does come back. The good news, though, is that fans finally have an idea of when they can expect the show.

The 30 second teaser released by Netflix mixes old clips with some new clips and will likely make fans want new episodes even more that they already do.

One of the series’ stars, Gaten Matarazzo, has said it will probably be the scariest season yet:

“I think most would probably say it’s the scariest [season] out of the previous three, which I love because it’s very fun to film.”

When discussing the season, the Duffer Brothers said:

“Although it’s not all good news for our ‘American’ (Hopper); he is imprisoned far from home in the snowy wasteland of Kamchatka, where he will face dangers both human…and other. Meanwhile, back in the states, a new horror is beginning to surface, something long buried, something that connects everything. Season 4 is shaping up to be the biggest and most frightening season yet, and we cannot wait for everyone to see more.”

Season 4 will also introduce some new characters including A Nightmare on Elm Street and Freddy Krueger star Robert Englund as Victor Creel.

Expect Stranger Things to hit Netflix at some point next year. Until then, you can get caught up on Seasons 1-3 – (or just refresh your memory, as it’s been a while) – which are currently available on the streaming platform.