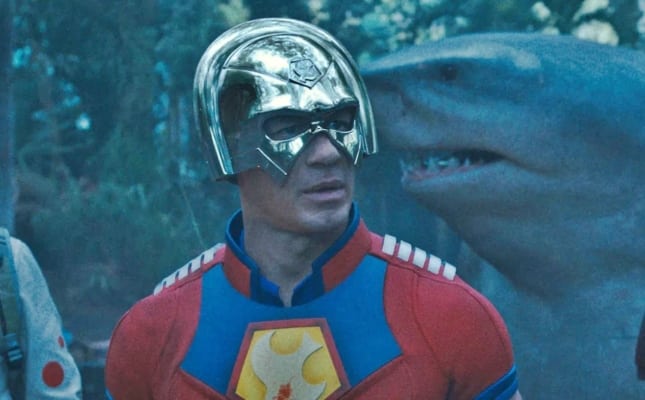 James Gunn’s The Suicide Squad is finally out and is a tour de force in terms of comic book movies, without question. It currently sits at a 92% on Rotten Tomatoes and fans are raving about how WB finally has a true superhero flick in the modern CBM renaissance. Even with an almost all new cast of characters never before seen on screen, and many of them incredibly obscure for even the most die hard comic book fans, Gunn makes you care about each and every one of them. There is one character in particular who quite possibly steals the show. So much so that the post-credits scene sets up a big future.

*SPOILERS AHEAD FOR THE SUICIDE SQUAD !*

In the post-credits scene of the film, we see Steve Agee’s and Jennifer Holland’s characters walking with a doctor through a hospital. The doctor is explaining that this person shouldn’t even be alive based on their injuries but they were able to save them. And, this person was said to be a hero after the events of Corto Maltese. However, this person turns out to be John Cena’s Peacemaker! Peacemaker was a bit of a mole for Amanda Waller, who wanted him to make sure that all the proof of America’s involvement in the experimentation on Starro the Conqueror was destroyed. However, when Peacemaker attempted to be ‘thorough’ and kill RatCatcher 2, Deadshot stopped him (with a cool ‘smaller bullet’ call back moment), shooting him through the neck.

This led fans in the moment to think that Cena’s upcoming Peacemaker series for HBO Max would be a prequel series about his life. However, thanks to the post credits scene, it would seem he survived and Waller wants him on another “save the f*cking world” mission. So, thank to this post credits scene, we know that we are getting a continuation of the story here and will also deal with Peacemaker’s personal fallout for his actions. When he kills Rick Flag and is about to kill RatCatcher 2, you can see the regret and hesitation in his face, having grown to care for these people. But, his staunch stance on peace by any means necessary takes president over his feelings. Now, this regret could possibly follow him on his new mission.

This post-credits scene helps set the stage and will help push even the casual fan to the new HBO Max series that will be out early next year. John Cena is a beloved wrestler turned actor and he completely kills it in this role. Seeing the character explored further is going to be amazing, especially as Gunn wrote all eight episodes and is directing five of them.

What did you think of the post-credits scene for The Suicide Squad? Let us know in the comments below!