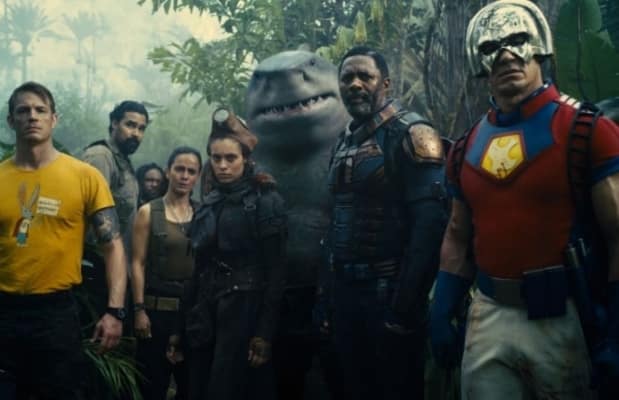 WB hired Zack Snyder to bring their LONG established DC IP’s to compete with the growing juggernaut that is Marvel Studios. Many missteps were had – but it seemed like WB started to find their footing with Joker, Shazam and Birds of Prey. Fortunately for us, the studio was able to snatch up James Gunn during his brief departure from Marvel back in 2018. With that error, Gunn was able to give us The Suicide Squad we deserve and thank the maker because the movie is f*cking glorious. 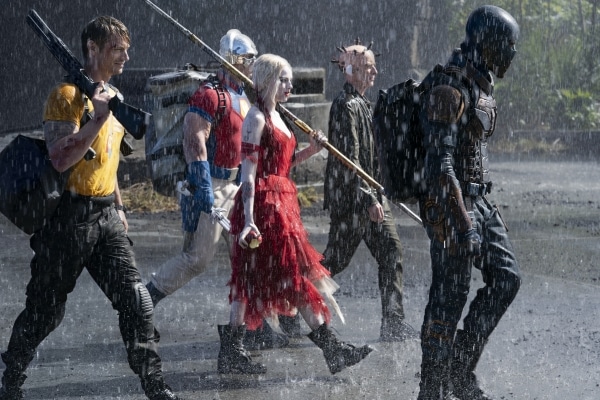 The premise finds several of DC Comics’ most useless villains join forces to help topple a foreign government and potentially save the world in the process.

Many have wondered if James Gunn’s version would be a direct sequel, prequel, or reboot. It’s neither and is something on its own. The director has taken some of the characters we already know and just put them on a different adventure.

The film takes everything that might’ve worked in David Ayer’s Suicide Squad and cranks it to a hard ‘R’ rating and injects heart, violence, and pretty awesome banter between the characters. Gunn was able to use his talent as a writer who works well with an ensemble cast and made me actually care about these people. I found myself sympathizing with much of the characters because the movie delved into their backgrounds without exposition dumps or dumb flashy camera tricks that plagued the previous movie.

This brings the heart of the film to the forefront with Melchior’s and Elba’s performances.

James Gunn was able to take the Harley Quinn and Deadshot plot points in Ayer’s movie and turn it into a good-hearted plot device between Ratcatcher 2 and Bloodsport. These two profess to one another that they’ll get them out of this mission alive – and those words carry meaning. Ratcatcher 2 is suffering from a heavy loss and Bloodsport feels the weight of letting his daughter down. This adds up to several well-deserved emotional beats in The Suicide Squad. 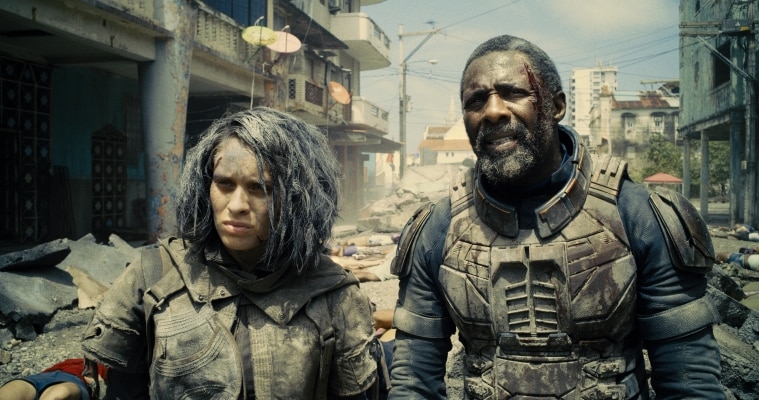 Elba and Melchior are not the only ones that steal the movie. Dastmalchian and Cena help carry the comedy weight as well. Dastmalchian brings a level of frailness into his comedy – while Cena is the straight man who takes his mission to kill for liberty too seriously. These two were able to formulate memorable comedic moments sprinkled throughout the movie.

One thing that makes The Suicide Squad work so well is the action and violence. Gunn has said in past interviews that Warner Bros. allowed the director carte blanche in terms of character deaths. I’m happy to say that the man wasn’t lying. No one is safe in this movie and their deaths are done in a well-balanced cartoony way.

There’s a scene featuring Peacemaker and Bloodsport in what I like to call, “Kill Off”, which warranted plenty of laughs and was a great metaphor for a “dick measuring” contest.

Gunn has always been known to make well-conceived action movies with great funny moments, but I think his visual style carries an underlying message as well. In the case of The Suicide Squad, Gunn comments about government transparency, the powerful secrets they hold, and the great lengths they’ll go to keep that power. This idea comes to a head between Rick Flag and Peacemaker when a realistic view of America clashes with the living embodiment of jingoism. 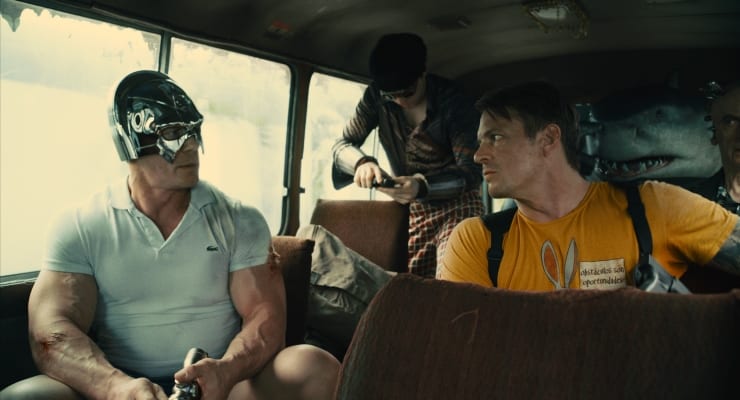 James Gunn’s The Suicide Squad is a violent, chaotic and beautiful ride that’s filled with tons of funny moments and will pull on your heartstrings. WB/DCEU have another hit on their hands and the current score for the movie on Rotten Tomatoes is warranted. The studio might want to have a conversation with the director in hopes of keeping him around for another movie in the future. Gunn doesn’t hold back and I have to give props to WB for giving him the “OK” to fire on all cylinders.