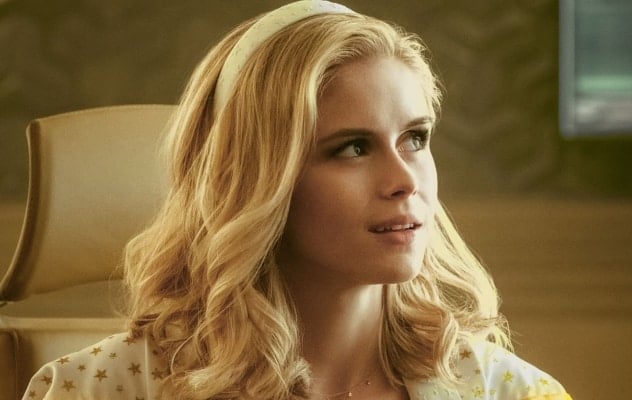 The Boys has been a revelation of sorts in the Comic Book Movie realm, flipping the genre on its head in a gruesome and expletive manner. It makes one question what it truly means to be a hero as well as attacks capitalism and big business having all the power in the world. The first two seasons have been well received and fans are eagerly looking forward to Season 3. The Amazon Prime series, which has been unique in its approach from day one, is now taking an off kilter approach to their marketing as well.

Instead of standard trailers to promote the new season, the streaming service is putting out ‘news stories’ on the 7th of each month, aptly titled ‘Seven on 7’. The latest ‘story’ from Vought News Network introduces a new character – and it’s a character that has deep ties to Starlight.

The new character in question is Supersonic- but this is not his first hero moniker. As it turns out, he used to be known as Drummer Boy, back when he and Starlight co-led the Young Americans in their younger hero days. The most important detail there is that their relationship wasn’t strictly a professional one. It would seem that Season 3 will explore their past as a couple and the tension that must be there after Starlight found Drummer Boy sleeping with other members of their team (if they stick to that reason from the comics).

With heroes being marred in the press after the second season, however, Supersonic has stepped in to become a poster boy for ‘what people really want from a hero’. The introduction of Supersonic is sure to create issues for Starlight and Huey, as they are just starting to get their relationship back on track.

The ‘news story’ also expands on Season 2 stories like The Deep continuing his campaign against The Church of the Collective and A-Train already coming out of ‘retirement’ to rejoin the Seven (who is short some members now for sure). It looks like Season 3 will deliver just like the last two and expand the lore of the universe that they’ve brought to life – and don’t forget that Jensen Ackles is coming in as Soldier Boy!

Are you loving this new ‘news’ marketing from Amazon for The Boys? Let us know in the comments below!