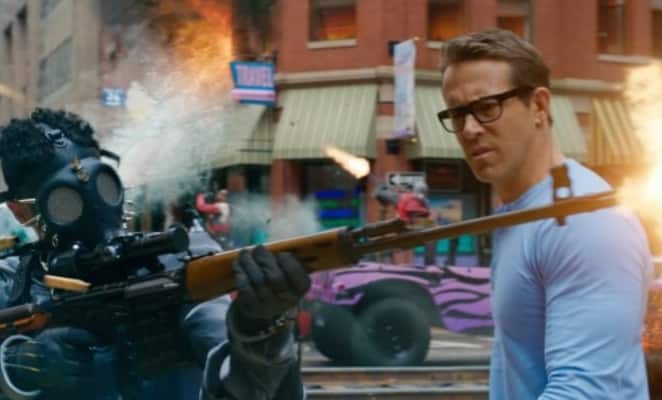 Charm. Wholesome. That safe and fuzzy feeling you get from wrapping yourself in a blanket after taking a nice shower. These are some of the words to describe the feel of Shawn Levy’s latest project Free Guy. The movie starring Ryan Reynolds is a safe bet for decent action set pieces, laughs, a tale surrounding morals, and possibly finding that special person- and maybe that’s something we need right now.

The movie stars Reynolds, alongside Jodie Comer, Taika Waititi, Utkarsh Ambudkar, Joe Keery, Lil Rel Howery, and the stories circles around a world where an NPC (Non-playable character) decides to make a difference in his video game world. Written by Matt Lieberman and Zak Penn, the plot steps out of Guy’s (Reynolds) world and into the real world for some parts of the movie to take an examination of the videogame industry through the eyes of Millie (Comer) and Keery (Keys).

Now, if you weren’t expecting that last part, I assure you that Levy’s direction entertainingly blends both worlds. Free Guy knows what it is and Levy makes that message clear within the first few minutes of the movie. The video game nature of Guy’s world kick starts early and rarely pulls back. Levy doesn’t overload your visual senses with its CGI and it mixes seemingly well throughout the movie. I never felt any level of disconnect when the story would jump from Guy’s world and into the real world.

That’s when the movie really starts to reveal the underlying message.

Writers Lieberman and Penn were able to use comedy to reveal certain realities about the video game business and how it can be a soul-crushing industry. They were able to make Free Guy in a way that can be relatable to gaming developers that were promised the world by a big gaming publisher, only to have it all be a lie – I’m looking at you EA.

The movie didn’t hit me over the head with that idea but it was a nice touch from the writers.

Other than the snazzy CGI effects, the other aspect that holds up this movie is the humor. Some of it can be a little too slapstick and off-putting at times. It’s as if Levy didn’t know when to pull back on some of the comedy beats or felt he could get another laugh from the same joke.

However, that doesn’t take too much away from what the actors bring to their roles.

Reynolds’s level of charm, nice guy attitude, and wit reach an 11 this time around. Guy’s personality is a mixture of Ted Lasso, Emmet Brickowski from The Lego Movie, and Wade Wilson before he became a psycho. It works for the movie and Guy bounces off Buddy, played by Howery, who does some great character development himself.

Though the trailers and advertisements sell Free Guy as a Ryan Reynolds vehicle, Comer, Keery, and Waititi do some heavy lifting in terms of the story and humor.  The chemistry between Comer and Keery works and never seems stilted or flat. You can pretty much tell from the start of the movie the love tension between the two and the journey to their eventual connection is a well-deserved one. 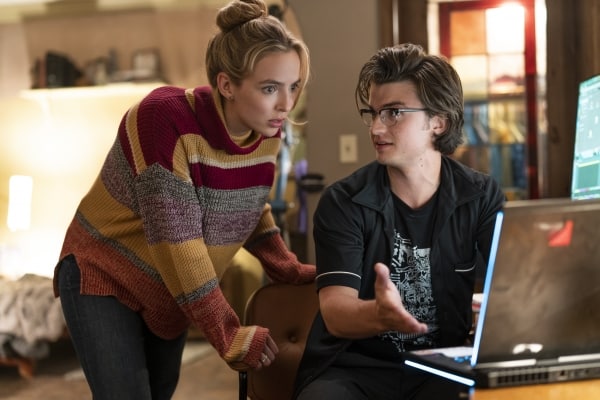 One person that tends to steal every scene is Taika Waititi. His outlandish and quirky style of wit fits right in within the context of the movie. Normally the actor/director takes the role of side characters but his try as the antagonist worked out to the movie’s benefit. He was able to balance a level of seriousness and laughs that catered to what the story needed.

Free Guy holds a lot of goodness within the movie. It has a lot of heart with an equal amount of jokes and action that screams Summer blockbuster. Levy was able to use the actors and actresses to their fullest potential. This is one of those movies that will undoubtedly make you feel good by the time credits begin to roll and hopefully bring a little sunshine throughout your day.

To tell you the truth, we could all use a bit of that in our lives.