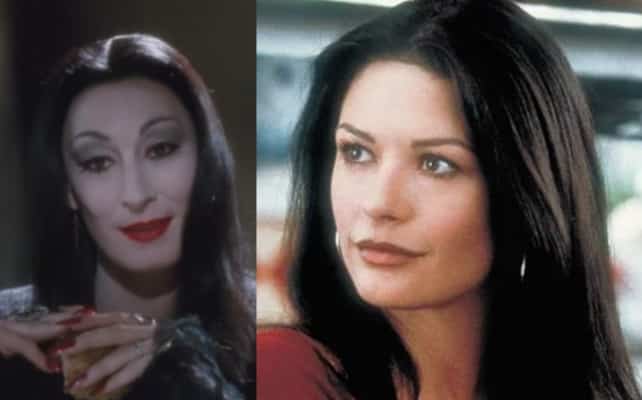 Although The Addams Family has found new life as a series of theatrical feature-length animated family films, the property is still branching into new directions. In particular, filmmaker Tim Burton will be crossing into the television realm to direct Wednesday – an upcoming Netflix series based on the iconic property. As such, fans are excited to see who will be stepping into the roles of these iconic characters – and now we know who will be playing the new Morticia Addams. According to a new announcement, Morticia will be played by Catherine Zeta-Jones in the upcoming Wednesday series.

“Zeta-Jones will appear in a guest starring role as the iconic Addams family matriarch in the series, titled ‘Wednesday.'”

As for the plot of the upcoming series, there are a few story details available. Here’s what we know so far:

Wednesday “is described as a supernaturally infused mystery charting Wednesday Addams’ years as a student at Nevermore Academy. Wednesday’s attempts to master her emerging psychic ability, thwart a monstrous killing spree that has terrorized the local town, and solve the supernatural mystery that embroiled her parents 25 years ago — all while navigating her new and very tangled relationships at Nevermore.”

It definitely sounds like this will be a more unique and mature take when compared to past adaptations of The Addams Family. Especially considering the current animated family-friendly films that have been produced under the brand name.

Tim Burton’s Wednesday will consist of an eight episode order on Netflix. More details are expected to arrive soon. As such, stay tuned to ScreenGeek for updates on Wednesday as we have them.