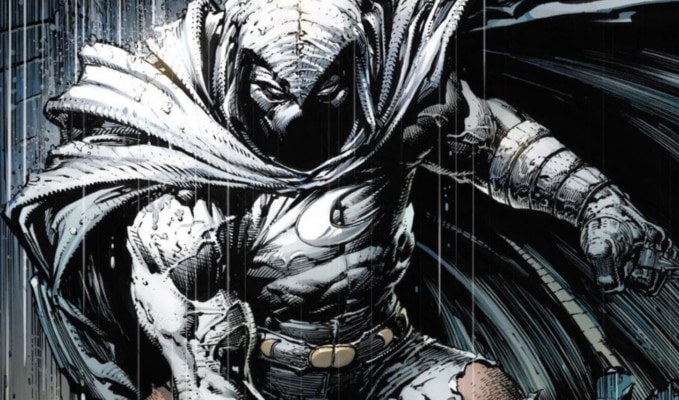 A look at Oscar Isaac as Moon Knight in the upcoming Disney Plus series has apparently leaked online – though we’re not one hundred percent sure if it’s legitimate or not (leaks can be hit or miss), so we’ll have to wait and see in that department. However, that hasn’t stopped the internet from buzzing about the first look at the live-action adaptation of the character.

As you can see in the images below, one is marked “Property of Marvel” (but some of the other versions of the same picture seem to have cropped that part out) but as we said at the beginning of the article, be sure to take this with a grain of salt – but for the time being, it’s interesting to speculate and take a look at the potential costume we may see the Marvel character suit up in.

Here’s a rumored leak of Oscar Isaac suited up as Moon Knight in the upcoming Disney+ Series! pic.twitter.com/MUSf2lLKDj

Aside from Oscar Isaac in the titular role, Ethan Hawke will play the show’s villain. Hawke recently did an interview with Seth Meyers in which he had very high praise for Marvel Studios:

“One of the first things that made it unlike anything I’ve ever done before is I had to sign, like, 10,000 NDA’s about what I would and would not say, which I’ve never done,” he said. “I’ll tell you this about it: I’ve been acting since I was 13. Like I did my first movie in 1985, okay? And that’s a long time ago. And these are the best sets I’ve ever been on in my life. The costume, the set, the production design, the cinematography, all those elements are kind of mind-boggling. So I have entered some alternate universe and it is kind of interesting.”

Moon Knight is set to premiere on Disney Plus – but does not yet have a premiere date.