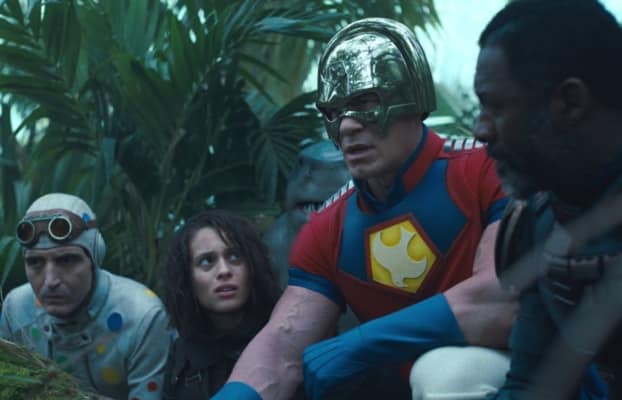 James Gunn’s The Suicide Squad has been a critical and fan loved success in its first week of its release. Whether you saw it in theaters or in the comfort of your home on HBO Max, it is hard to deny the fun, exciting and dark take on these D-List characters that Gunn turned into household names. And, while many of the characters met their demise in some shape or form, we did get the survival of arguably the most beloved characters in the film: Bloodsport, Harley Quinn, King Shark, and Ratcatcher 2. However, that last one almost didn’t make the cut.

While speaking with Variety, Gunn revealed that his original ending had flipped two characters on the survival/death list, but even the director himself deemed it too dark of an ending, so he switched it:

So, the original plan was to have Polka-Dot Man survive (the one character who actually wanted to die) and to have Ratcatcher 2 die. But considering how Ratcatcher 2 was written, really being the heart of the story, and a character who was really just a villain out of necessity and survival instead of maliciousness and psychosis, her death would have been downright unacceptable to fans. It would have taken the film from dark humor to just beyond dark. It also would have spit in the face of the promise that Bloodsport made her to ‘get her out of this alive’ and crushed his character as well, emotionally.

Gunn definitely made the right decision to flip these deaths. Whilst the death of Polka-Dot Man did hit hard, you also got the feeling that he had reached his pinnacle, finally feeling like a superhero, but still dealing with his maternal demons. He died at peace, in a way (albeit rather aggressively). Ratcatcher 2 is a stand out in this film and has endured herself as a character and the actress Daniela Melchior to the public, who look forward to what both can do in the future.

What do you think of the original plan for The Suicide Squad? Let us know in the comments below!